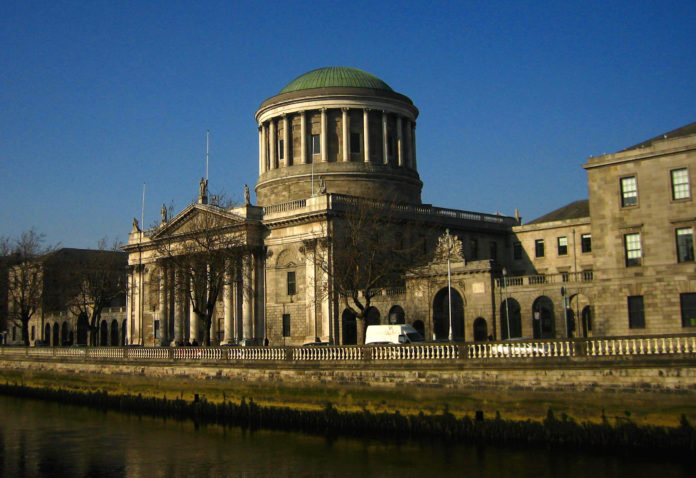 HARROWING video footage of an innocent bread delivery man being shot dead inside a Topaz filing station in Limerick 11 years ago, was shown in the High Court this week, as part of a personal injuries case taken by a former Topaz staff member against her employer.

Theresa Quinn, aged 35, formerly of Killeely, Limerick, has taken the case against Topaz Energy Group Ltd, claiming psychological injuries arising out trauma she suffered after witnessing the gunman walk into the premises and taking a gun in his hand before he shot the victim four times.

John Coughlan, (33), of Pineview Gardens, Moyross, Limerick, was sentenced to life imprisonment for the murder of father-of-two Daniel Treacy, (35), at the Topaz garage, Caherdavin, Limerick, February 22, 2010.

Ms Quinn gave harrowing evidence of witnessing Coughlan take a firearm out of a shopping bag before shooting Mr Treacy in the head and body.

The plaintiff, who was working behind the premise’s deli counter, said she heard a shot and dropped to the floor before crawling into a store room and using her mobile phone to dial emergency services.

She said Topaz had not provided her with a panic button personal alarm used by other staff members, and that the 911 dispatcher on the day kept ringing her back for more details. She said she kept “trying to mute the phone or hang up so not to alert (Coughlan) to where I was”.

Ms Quinn said she had casually spoken to Mr Treacy, who used to regularly purchase a cup of coffee from the premises on his bread delivery rounds, seconds before Coughlan walked in and fired four shots at him.

She said she saw Coughlan picking up what she believed were bullet casings from the floor – a garda witness later told the court Coughlan appeared inexperienced with a gun and that he had also emptied live rounds onto the floor each time he fired at Mr Treacy.

Gardaí said they believed the murder was in revenge for another killing in Limerick but that Mr Treacy had no involvement in this.

Ms Quinn said she was “terrified” as she waited on the floor of the store room for the gunmen to leave.

She told the court: “I was thinking this is it, I’m going to die, he’s going to come in here and kill me.”

He said Ms Quinn complained of suffering flashbacks and nightmares of the murder and he prescribed her anti-depressant mediation.

Dr Doyle said he disagreed with findings from a report by another doctor who assessed Ms Quinn afterwards, which concluded the plaintiff was unlikely to suffer long term psychological effects.

Ms Quinn’s legal team, led by senior counsel Michael Collins, argued that her “terror was prolonged” in her efforts to raise the alarm by her personal mobile phone as a panic button “had not been provided to her”.

Dr Doyle supported this claim, stating that, in his opinion, Ms Quinn would have suffered “additional trauma” as she may have felt “uncertain” gardaí were coming to help when she kept on receiving calls from 911.

Ms Quinn said she believed gardaí would have been immediately alerted had she been able to press one of Topaz’s panic buttons – however she said she was learning in court for the first time that this was not the case, as the panic alarms were monitored by a private company who would have to then contact gardaí in the event of an emergency at the premises in question.

Gardaí arrived very quickly, it was heard, in response to a phone call from a passer-by who heard shots coming from the premises.

Ms Quinn agreed with Andrew Walker, senior counsel for the defendant, that Topaz provided psychological counselling for her and other staff members, had checked in with regularly, placed her on a month’s paid leave, and paid for another staff member to fly back to their native home abroad after the murder.

Mr Walker argued the murder was “totally unforeseeable” and that Ms Quinn would not have been spared the trauma of witnessing what she did on the day.

Ms Quinn returned to work for Topaz at another location several months after the murder; the Topaz filling stations have since been taken over by Circle K.