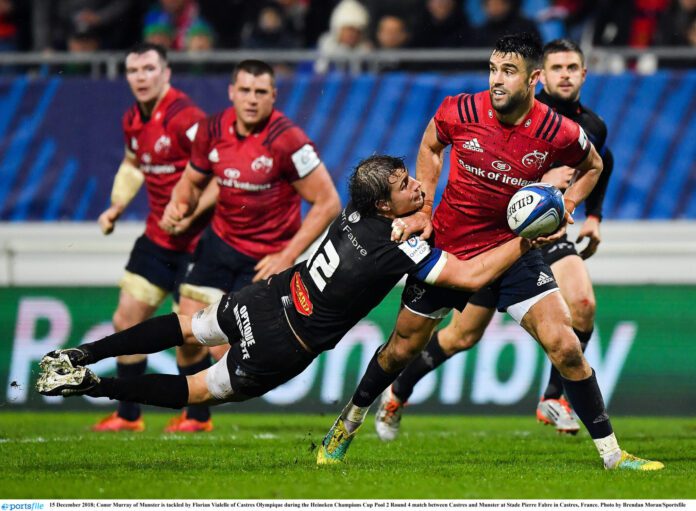 IT’S the weekend again, and you’ve guessed it, there’s more sport to watch on this penultimate October weekend. Packed full of sports from around the globe into your home.

Cricket also gets underway, after the elimination of Ireland in the T20 World Cup, with Sky Sports Cricket hosting Australia v South Africa from 11am, and England v West Indies from 3pm.

A whole host of Football is shown across the Weekend, with Chelsea’s game vs Norwich the starter, on BT Sport 1 from 12.30pm. While later, more Premier League games including; Leeds battle against Wolves on Premier Sports 2 at 3pm, and Man City’s trip to Brighton for their game on Sky Sports Premier League at 5.30pm. Bellow a division, Mick McCarthy’s Cardiff host Middlesbrough on Sky Sports Football from 12.30pm. And if can’t catch any of those, Football Focus on BBC1 at 11.45am will preview the games, and Match of the Day on BBC2 at 10.30pm, will review the Premier League games.

Both International and Club Rugby takes place this weekend with France and England’s women’s team face on BBC2 from 11.45am Saturday morning. While the men’s sides face later at 2.30pm on BBC2. In club Rugby, Zebre take on Edinburgh on Premier Sports 1 from 1pm. Exeter Chiefs v London Irish at 3pm. Cardiff play the Dragons at 5.15pm. Connaught host Ulster on TG4 from 5.15pm. Munster play Ospresys on RTE2 from 7.30pm, and Toulouse play Castres on Premier Sport 2 from 8pm.

In GAA action, the Mayo SFC Qtr-finals are live on RTE2 with Westport v Ballina at 3pm, and Ballintubber v Knockmore at 5pm

More Cricket is on Sky Sports with India v Pakistan in the T20 World cup at 3pm.

In Football, Rangers travel to St Mirren, live on Sky Sports Football from 11am. While in England, West Ham face Spurs on Sky Sports Premier League at 2pm, with the follow-up The Man United-Liverpool Derby at 4.30pm. With all the Premier League games reviewd on Match of the Day on BBC2 at 10.30

In GAA the Donegal SFC Semi-finals are on TG4 from 1.45pm, while the Limerick SHC Final between Kilmallock and Patrickswell is on at 3.45pm

In NFL, all action takes place on Sky Sports NFL from 5pm till monday morning, with Cincinnati playing Baltimore, Chicago traveliing to Tampa Bay, and lastly Indianapoilis facing off against San Francisico.

While in F1, the US Grand Prix gets underway at 6.30pm on Sky Sports F1

And lastly, in Basketball, the Brooklyn Hornets play the Nets on Sky Sports Arena at 9pm