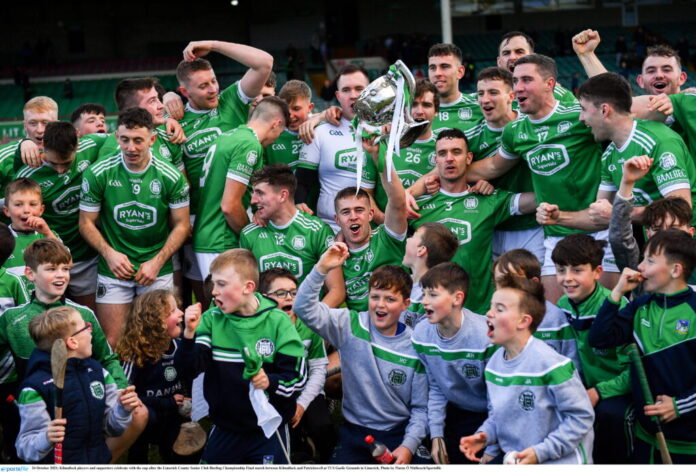 KILMALLOC were deserving winners of the Limerick SHC Final in the TUS Gaelic Grounds.

A late flurry was enough to see off the threat of Patrickswell as Kilmallock won a first title since 2014.

The sides traded the lead throughout before Oisin O’Reilly’s 53rd minute goal pulled the Balbec clear.

An electric opening three minutes had the sides level at two apiece in a theme that continued right throughout the contest. They were level again at three each before Patrickswell moved into the first two point lead of the day.

The gap was one at the first water break as Kilmallock soon levelled upon the restart.

Patrickswell moved 0-9 to 0-8 clear after 27 but three unanswered by the Balbec had them two to the good at the short whistle.

Two quickfire points after the restart and Patrickswell were level once more. The sides exchanged a score each before Patrickswell hit three on the bounce to move into the first three point lead of the day.

But they were pegged back by Kilmallock who levelled just prior to the waterbreak. The ‘Well did find the final score of the quarter to hold a slight advantage heading into the final quarter.

After a lacklustre opening 45, Kilmallock finally kicked into gear in the final quarter as they powered to the finish line. Three of the first four scores after the break went the way of the South side before the found the final nail in the Patrickswell coffin.

A huge puckout from Barry Hennessy went all the way into the Patrickswell square as Oisin O’Reilly plucked the sliotar out of the sky. Turning his man, the forward made no mistake, firing past Brian Murray.

Kilmallock added to their lead through substitute Conor Hanly Clarke as he fired over a pair late on with Patrickswell desperately searching for a goal.

In the end, the margin was eight as Kilmallock claimed a 12th ever title.

Attention will now switch to December 11/12 as they play the Cork champions in the Munster championship. 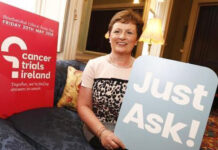