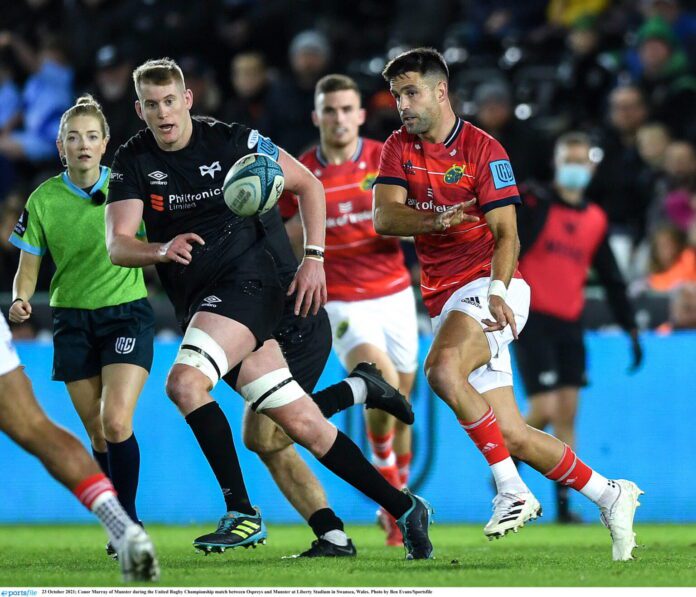 MUNSTER will be without their international players due to the upcoming Autumn Nations series against Japan, New Zealand and Argentina.

The majority of the Munster squad will be enjoying a rest week having finished the first block of URC fixtures, earning four wins from five games. Thankfully, there are no new injury updates following Munster’s first defeat of the season to Ospreys in Swansea on Saturday night.

The Ospreys clash saw John Hodnett make his first Munster appearance since November of 2020, having recovered from a long-term absence from the squad due to an Achilles tendon injury.

Munster’s international contingent will join up with Andy Farrell’s Ireland squad this week ahead of their first Autumn Nations Series game against Japan on Saturday, 6th of November.

Centre Chris Farrell underwent a minor surgical procedure last week for an ongoing abdomen injury and will continue his rehab under the care of the medical department.

Scrum-half Rowan Osborne has completed the return to play protocols for concussion, while centre Rory Scannell is continuing the same protocols.

Munster’s next fixture won’t take place until after the conclusion of the Autumn Nations Series – Munster are set to face the Bulls in South Africa on Saturday the 27th of November.