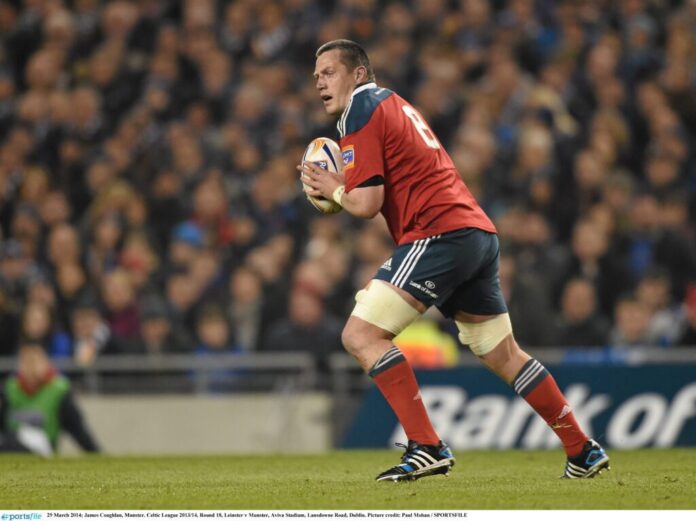 James Coughlan is set to take over from Toulon’s now former head coach Patrice Collazo on a temporary basis. Collazo’s dismissal comes after a poor start to Toulon’s season in the french Top14, which saw the rugby dynasty suffer five losses from their opening eight games.

The Cork native made 137 appearances for Munster but finished his playing career in Pau and it was here where Coughlan began his coaching career, steadily climbing the ranks within the Top14 since

Despite their second-last position on the Top14 table, Toulon have a lot to be excited for with the signing of World Cup winner and more recently Champions Cup winner Cheslin Kolbe, Toulon’s form within the french league is likely to improve with his addition.

Coughlan also has the talents of Italian rugby legend Sergio Parisse at his disposal, as well as the stature of World Cup winner Eben Etzebeth.

The Munster man will be in the driving seat for Toulon’s Top14 clash with Biarritz this Saturday in a bid to turn the season around. Coughlan will likely return to his original post as defence coach upon the announcement of new head coach Franck Azema, the former Clermont head coach is set to sign as the club’s new boss on Friday.

RC Toulon’s Top14 clash with Biarritz is available to watch on Premier Sports 1 & 2 on Saturday 30th of October at 3:00pm.