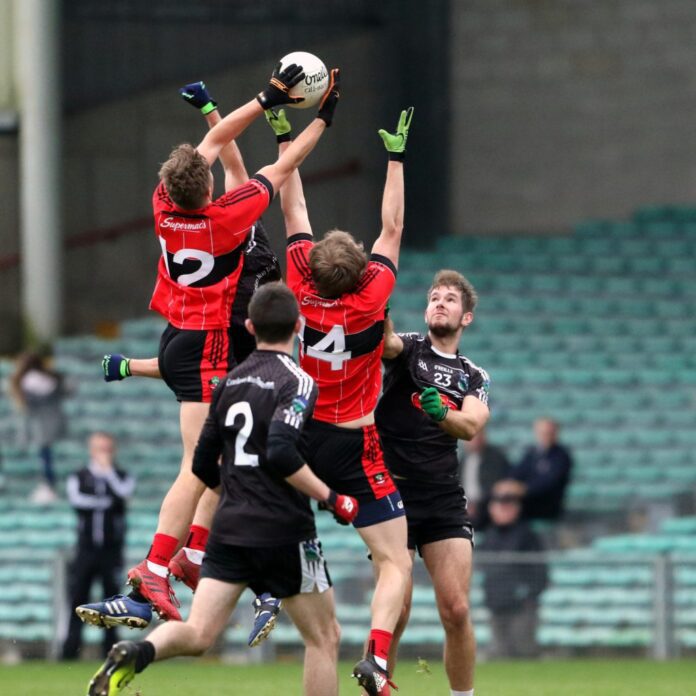 Adare’s James Hickey shared his thoughts ahead of his sides county final this Friday, the defending champions are set to add another chapter to their storied history with Limerick neighbours Newcastle West at the TUS Gaelic Grounds.

The red and blacks booked their place in this years final with handsome wins over Oola and Na Piarsaigh, followed by quarter and semi final wins over Ballysteen and Galtee Gaels.

“You’re main objective is to get to the county final and just have a chance to win a county championship and we’re delighted to be there again.

Adare are favourites going into the clash with them being the defending champions, Adare also have the better record against the black and whites winning three of their last five encounters.

“Since we came back up from intermediate in ’17, it’s probably been ourselves and Newcastle West that have been the two main teams in the county since then. It’s a modern rivalry really as opposed to a traditional rivalry, just between these two teams and groups of players more than anything else”

Adare’s recent success is the result of years of effort, Adare clubman Padraig Ryan outlined the lengths the club has gone to over the past number of decades in order to create a foundation for the success they’re enjoying today.

If you look back over the last 20 or 30 years there’s been a lot of investment, not in money terms but in peoples time, looking after and coaching young lads to bring them along to make sure that we got players to the senior level and compete at the senior level.”

Now with another final on the horizon, the pressure is on for Adare to get a return from their years of investment, and with the serious threat that is Newcastle West awaiting, Adare will need to find a way to not just handle that pressure, but use it.

“It would be no good if there was no pressure. I’m sure from the management side with Harry and his selectors there is pressure because they are the champions and they’re hoping to retain their title.”

Take a look at the full interview with Adare’s James Hickey below: