Home Soccer Limerick FC Tickets on sale for Treaty United’s Play-Off clash with UCD in the... 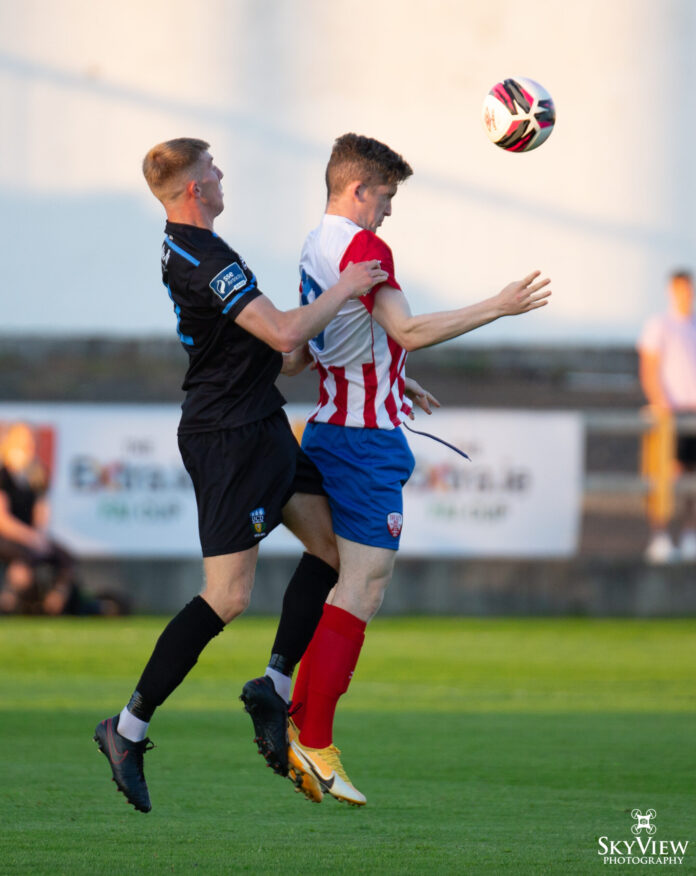 TREATY United will host UCD in the Division 1 play-off semi-finals this Wednesday evening in Garryowen.

In their first ever season, Treaty United will welcome UCD to the Markets Field this Wednesday in the first leg of their Division 1 play-off semi-final.

Tommy Barrett’s men finished in fourth place in their maiden season in the division, four points behind their Dublin opponents.

The Markets Field will host the first leg this Wednesday at 7.45pm with the return leg on Sunday at 5pm in the UCD bowl.

Galway United and Bray Wanderers meet in the other tie with the winners facing off in the final to determine who will meet second from bottom in the Premier Division.

Finn Harps currently lie second last in the Premier division, a point behind Waterford FC and four in arrears of Dundalk with four games to play.

Get your tickets for Wednesday night’s game below.

The post Tickets on sale for Treaty United’s Play-Off clash with UCD in the Markets Field appeared first on Sporting Limerick.