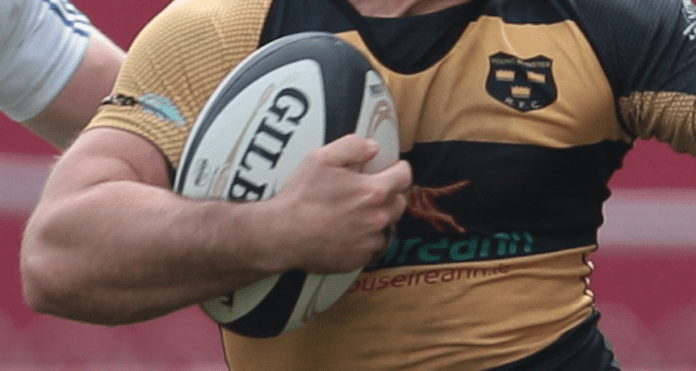 YOUNG Munster put on a show in their 24-20 win over Clontarf in the Aviva Stadium while table toppers Garryowen got one over on Ballynahinch in Ballymacarn Park.

Young Munster turned heads once again in their away victory over Clontarf in the Aviva Stadium main pitch last Saturday. Cookies winger Conor Hayes ran in a hat-trick of tries and added one conversion to give the visitors a handsome lead, this was until Leinster duo Cormac Foley and Peter Dooley scored two second half tries to narrow the 24-20 final scoreline.

Fellow Limerick club Garryowen ground out a 27-22 win away to Ballynahinch at Ballymacarn Park last Saturday. Leaders Garryowen enjoyed a 24-0 lead at half-time but had to fend off a solid Ballynahinch comeback in the second half, scoring just three points and conceding 22.

Second-half tries from Ballynahinch’s Marcus Rea, Aaron Cairns and James Simpson left many to believe Garryowen would be defeated, yet a Jack Mulligan consolation penalty in the games final minute would end Ballynahinch’s momentum.

Terenure College hosted Clontarf at Lakelands Park on Saturday, with the visitors winning 29-14. Despite the home side enjoying a 14-5 lead at the end of the first half, the Clontarf forwards deserve the praise for their sides comeback as they were essential in scoring the 24 points that followed.

Cork Con delivered a loss to Trinity at Temple Hill on Saturday, with the home side winning 32-13. Munster duo Sean French and Jack Crowley combined for a stellar opening try, created by the boot of veteran Munster scrum-half Duncan Williams.

Trinity’s only try came in the form of Harry Sheridan, who cleaned up a loose ball inside Cork Con’s 22 to score under the posts.

UCD. beat UCC 40-31 at Belfield in a game that produced a whopping eleven tries. Matthew Bowen scored three for the Cork students while Luke Kerr and George Coomber got one each. Billy Kiernan converted three of the tries.

The post AIL ROUND-UP | Wins for Limerick clubs as Young Munster and Garryowen go on the road appeared first on Sporting Limerick.