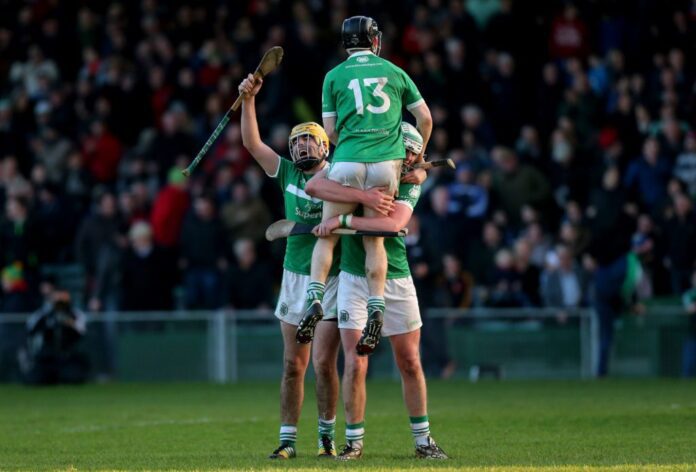 THE Munster club championships will make a welcome return next month after a year hiatus.

After losing out on a year of Munster Club championship action due to the Covid pandemic, the championships are set to return in both codes in early December.

Two of Limerick’s provincial representatives into the hurling championships are known with Kilmallock set to enter into the senior championship with Mungret St Pauls in the Intermediate championship.

Kilmallock will have home advantage in their semi-final tie as they welcome the Cork champions on the weekend of December 11/12. Midleton, Sarsfields, Glen Rovers and defending champions Blackrock are all in contention on Leeside with the semi-finals down for decision this weekend.

Kilmallock will enter the Munster championship for the first time since 2014 when they were crowned champions, beating Sarsfields in Kilmallock in the semi-final before overcoming Cratloe in the Gaelic Grounds in the final.

Mungret St Pauls will also have home advantage when they welcome the Cork champions on the same weekend. The TUS Gaelic Grounds is a likely venue for that clash. One of Castlelyons, Courcey Rovers, Valley Rovers or Ballinhassig will be crowned champions of Cork. Mungret were crowned Intermediate champions in 2016 with premier intermediate champions Monaleen representing the county that year.

Effin were the last Limerick team to win at the Intermediate grade in Munster, claiming the title in 2011.

The winners of the Limerick Junior A Hurling Championship is yet to be decided with St Kierans taking on Caherline in the final on Saturday November 13. They will also face Cork opposition, but unlike the senior and intermediate, the junior champions will be away to the Rebel kingpins. That game will take place on December 11/12 also. There are currently ten teams in contention for the Junior championship in Cork with six divisional champions confirmed and the Avondhu championship down to the semi-final stages.

Blackrock were the last Limerick side to win the Munster Junior A championship, taking the title in 2009.

The senior, intermediate and junior A Munster hurling championship finals will be played on the weekend of January 8/9.