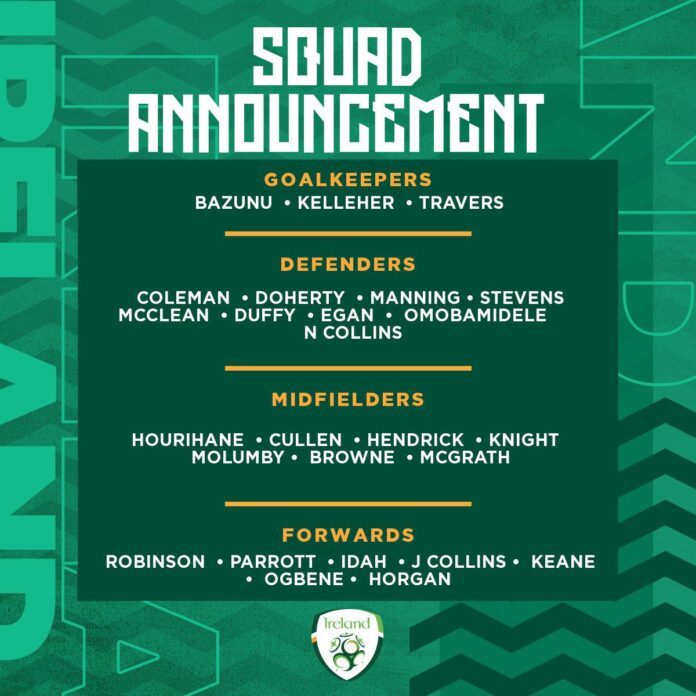 THE Republic of Ireland manager Stephen Kenny has named a 26-man squad for the upcoming 2022 World Cup qualification ties with Portugal and Luxembourg.