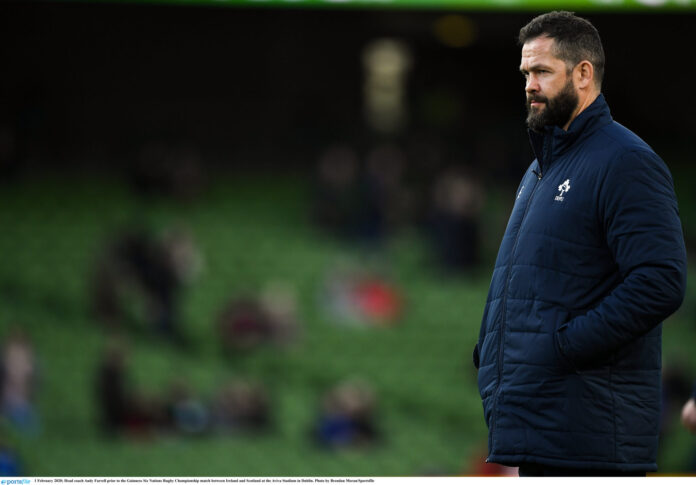 IRISH Head Coach Andy Farrell has named his squad to take on Japan this Saturday in the Aviva stadium.

Tadhg Beirne is named in the second row beside James Ryan.

There are four Munster players on the bench in the form of Peter O’Mahony, Conor Murray, Joey Carbery and Keith Earls.

There are two significant cap milestones as Jonathan Sexton will win his 100th cap and Tadhg Furlong his 50th.

Children’s tickets are available for the game, priced at €10.00 – click here to buy.