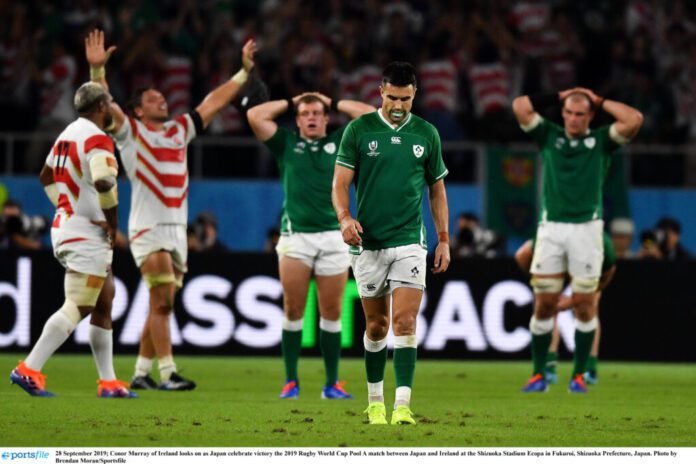 Soccer returns with Premier League action as the Manchester derby takes place in the early kick off on Sky Sports Premier League from 12.30pm as Manchester United welcome Neighbours Manchester City to Old Trafford. Chelsea will play Burnley at 3pm, with Premier Sports 1 showing the game. In the evening kick off Brighton will play host to Newcastle United on BT Sport 1 at 5.30pm. Highlights of the action can be found on BBC 1 from 10.25pm with Match of the Day.

Sky Sports Cricket will have coverage of the ICC Men’s T20 World Cup as Australia face West Indies at 10am, followed by England taking on South Africa at 2pm.

Golf fans can find the action from the Aramco Saudi Ladies International on Sky Sports Mix from noon. Sky Sports Golf will have coverage of the Portugal Masters at the same time. The WWT Championship at Mayakoba will begin at 6pm, again on Sky Sports Golf.

The Autumn Nations Series will provide rugby enthusiasts with action this weekend, beginning with Ireland v Japan at 1pm on RTÉ 2. Amazon Prime will broadcast the remaining international games as Italy play New Zealand at 1pm. England will host Tonga from 3.15pm. Wales v South Africa will begin at 5.30pm, which will be followed by the last fixture involving France and Argentina at 8pm.

Formula One will be live from 4.45pm as practice & qualifying will take place in the Mexico City Grand Prix, action will be found on Sky Sports F1.

NBA can be found on Sky Sports Mix from 9pm, the game live from Dallas will show the Rockets @ Nuggets.

NBA action will continue on Sunday as Sky Sports Arena will have coverage of Celtics @ Mavericks from 0.30am. Toronto Raptoes @ Nets will be live at 8.30pm on the same channel.

BT Sport 1 will have you covered for all things MMA as the UFC will be live from New York at 2am as Kamaru Usman will take on Colby Covington.

Cricket resumes with more action from the ICC Men’s T20 World Cup. New Zealand will face Afghanistan at 10am, followed by Pakistan v Scotland at 2pm. All action can be found on Sky Sports Cricket.

GAA will be live on TG4 from 1pm as the Kilkenny Senior Hurling Final between O’Loughlin Gaels and Ballyhale Shamrocks takes place, followed by the Donegal Senior Football Final at 3.15 as St Eunan’s play Naomh Conaill.

Premier League on Sunday will see Arsenal host Watford at 2pm before West Ham take on Liverpool at 4.30pm. Both games will be live on Sky Sports Premier League.

Amazon Prime will once again have the coverage of international rugby as Scotland face off against Australia at 2.15pm.

Formula One action will be live from Mexico as the Mexico City Grand Prix will start at 5.30pm. Sky Sports F1 will have coverage.

All NFL coverage will be available on Sky Sports NFL as the Cleveland Browns @ Cincinnati Bengals will begin at 6pm. The Green Bay Packers @ Kansas City Chiefs will take place at 9.25pm. At 1.20am you will be able to view the Tennessee Titans @ Los Angeles Rams.