Home Limerick Limerick women politicians losing out on power and pay
by Bernie English
[email protected]
LIMERICK City and County Council hasn’t fared very well when it comes to electing female Mayors and Deputy Mayors, with just one woman wearing the chains of office since 2014.
That’s according to political researcher Lee Dillon, who said she was surprised to find that such gender inequality exists in the local authority.
Ms Dillon found that Limerick was third from bottom with numbers of women in the posts, coming ahead of two other local authorities  who had no female representation in these roles.
The research was based on the records of local authorities with more than 30 members since 2014, the year that Limerick’s city and county councils were amalgamated.
Ms Dillon looked at the 17 councils across the country with more than 30 elected members, where the top roles command additional payments of €30,000 and €6,000 respectively.
“As you will see, men are dominating in terms of power and pay. When we can’t get it right locally, we can’t expect to get it right globally, which gives little room for hope in the times we live in,” she told the Limerick Post.
Although Limerick has had a number of female mayors before the amalgamation (Frances Condell, Jan O’Sullivan, Maria Byrne and Kathleen Leddin) the new city and county authority has had just one female Deputy Mayor since.

Fine Gael councillor Olivia O’Sullivan told the Limerick Post that she believes the real issue “is getting more women into politics in the first place”.

“We have a predominantly male contingent in the local authority and the challenge is, I believe, to get more women elected so they can be put forward for these offices,” she said. 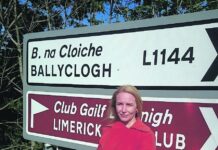