Home Rugby Ireland HIGHLIGHTS | Brilliant Ireland pull off 29-20 win over the All Blacks... 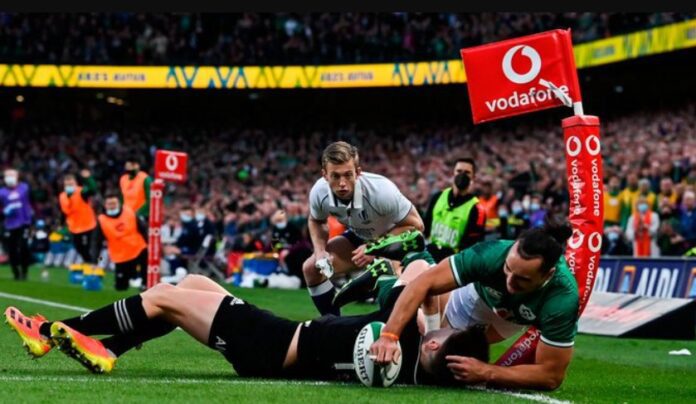 ANDY Farrell’s Ireland side brought the game to rugby’s most relentless opposition on Saturday, defeating the three-time World Champions by a handsome scoreline of 20-29.

Tries from James Lowe, Ronan Kelleher and Caelan Dorris helped Ireland create some separation on the scoreboard before Munster out-half Joey Carbery saw out the game off the bench, kicking three penalties which saw out the game.

It was Ireland’s third success over the All-Blacks since 2016, having waited 118 years for that maiden triumph in Soldier Field.

The post HIGHLIGHTS | Brilliant Ireland pull off 29-20 win over the All Blacks at the Aviva Stadium appeared first on Sporting Limerick.