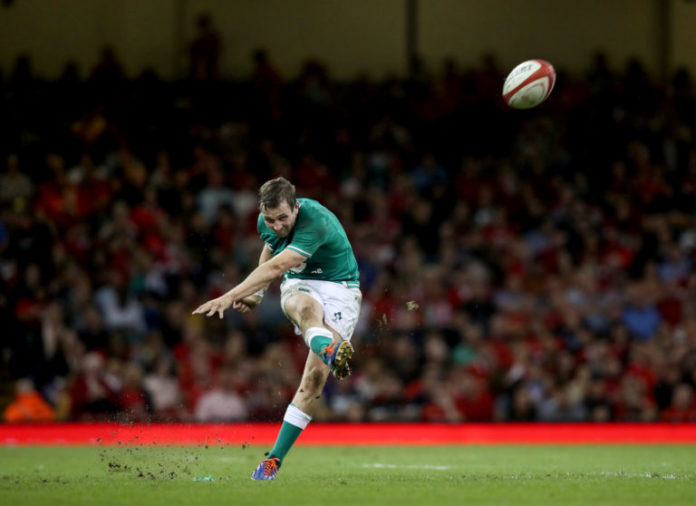 CONNACHT out-half Jack Carty has rejoined the Irish squad for the first time since the 2019 World Cup to replace the injured Johnny Sexton.

Irish rugby captain Johnny Sexton has been ruled out of Ireland’s final Autumn Nations clash with Argentina on the back of a twisted knee and ankle. Connacht out-half Jack Carty will rejoin Andy Farrell’s Ireland squad in place of the former world player of the year.

Sexton was at the centre of Ireland’s 29-20 win over the All Blacks at the Aviva Stadium last Saturday, before being substituted off in the latter stages of the game.

Carty’s omission from Farrell’s initial squad for the series was a point of debate within Irish rugby media, but now Carty has his chance to impress against Argentina this weekend.

In other squad news, Munster back-row Gavin Coombes rejoins the squad having missed the first two games of the Autumn Nations Series due to an illness.

The highly regarded 23 year old was set to feature in Farrell’s match-day squad for the first two games of the test series before falling ill, if Coombes does feature next weekend it will be his first time in a green jersey since July.

Ireland will face Mario Ledesma’s Argentina this Sunday November 21st at the Aviva Stadium, with kick-off at 2:15pm.