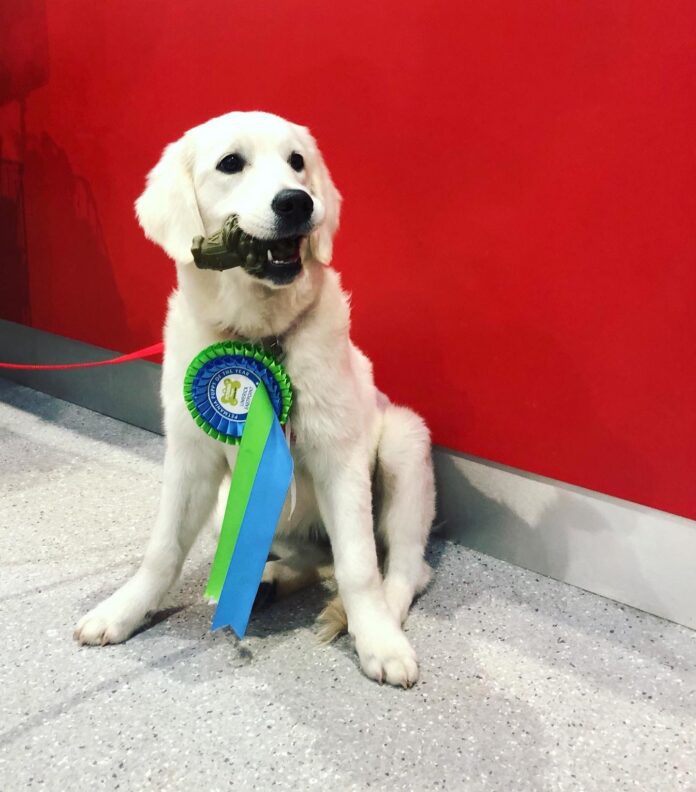 THE most popular name for pet pooches in Limerick has been revealed as Bailey.

Limerick’s Petmania stores in Jetlands and Eastpoint surveyed over 1,500 pet-parents in Ireland in September as part of its annual Puppy of the Year competition.

The survey has unveiled that across Limerick, the top five most popular names for man’s best friend are Bailey, Millie, Willow, Skye and Izzy.

Whilst the list of entrants included the traditional Max, Rex and Scooby, the poll showed a rising trend for names as Gaeilge with interesting Irish names like Púca, Súile, and Poigíní making the list.

The survey shows that many of the county’s new four-legged friends are named after gods and mythical characters, for example, Athena, Ares, Zeus, Loki and Apollo. Pet parents also gave a nod to designer brands such as Dior and Coco plus some well know movie and celebrity namesakes like Bowie, Wonka, Rambo, Indiana, Ice Cube and Simba.

Izzy Moloney and Kerry Minehan were named Limerick’s Puppy of the Year. Ireland’s most popular breed is the Golden Retriever, followed by Labradors, German Shepherds, Cockapoos and Jack Russells, according to the survey.

Alison Flaherty Bedford from Petmania Jetlands & Eastpoint said: “It’s such a delight to meet so many adorable puppies as part of the Puppy of the Year Competition and to welcome a new pack of pups to the Petmania Puppy Club.

“We look forward to getting to know them more and helping them, and their families navigate through all of the milestones in their first year. From vaccinations and nutrition to training and wellness, we’re here to ensure that every puppy has the chance to get a great start with free expert care and advice.” she added.