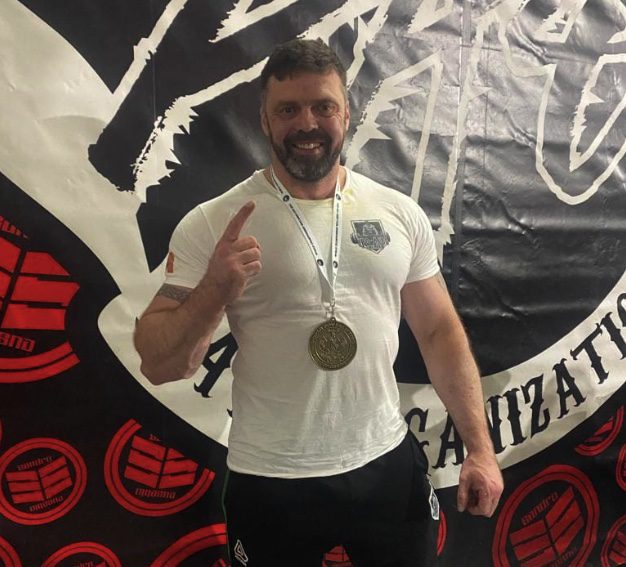 LIMERICK native Ray Foley has swept his division at the World Powerlifting Championships in Portugal, taking home medals for both deadlift and bench press.

The World Powerlifting Championships took place last week in Portugal and perhaps the biggest name going into the competition was Limerick native Ray Foley, who has been taking the Irish powerlifting scene by storm over the past year.

Last July, Foley was crowned the Irish national powerlifting champion and earned four new national records in the process. Foley’s performance at nationals earned him a spot on Ireland powerlifting team for the WPC World Power Lifting Championships in Trofa, Portugal, where Foley would compete in the 125kg M40+ division.

Ray wiped out the competition when he went under the bar, moving weights that his opponents were simply unable to match. Foley recorded the biggest bench press of the tournament, pressing a whopping 180kgs.

Now with two world championship medals around his neck, Foley is only getting his career in powerlifting started, having only taken up the sport within the last year.