Home Limerick Disappointment for the Limerick contingent as All-Star banquet cancelled due to Covid... 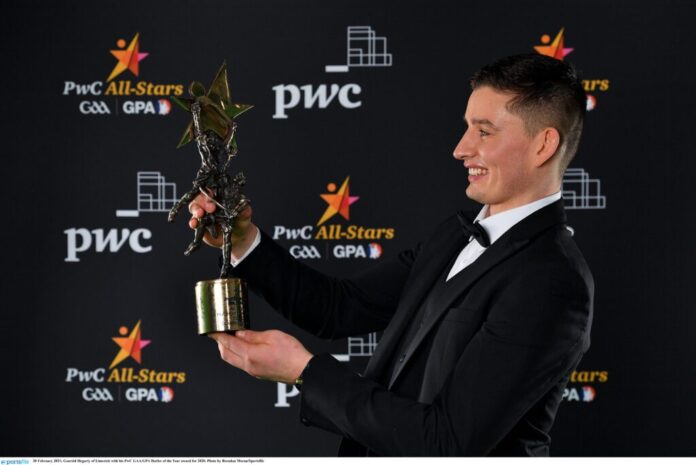 FOR the second consecutive year, the awards ceremony will be cancelled.

Due to health and safety concerns, this year’s All-Star banquet has been cancelled. The news will come as a blow to John Kiely’s all conquering squad with every starting player from the 2021 All-Ireland final nominated and each of the three Hurler of the Year nominees from Limerick.

In a short statement released on Friday afternoon, the GAA said,

Due to the ongoing challenges with Covid, the GAA, and the GPA, along with partners PwC, have taken the decision to cancel this year’s All-Star, Joe McDonagh Cup Team of the Year and Champion 15 Team of the Year banquet originally planned for the Convention Centre Dublin on Friday December 10.

This decision has been taken with health and safety in mind.

And while each of the Limerick side have outlined that team honours are more important than individual awards, it will be a disappointment that for the second successive year, the players will be robbed of the chance to attend the banquet.

As mentioned already, fifteen Limerick players are in contention for All-Stars with one of Cian Lynch, Kyle Hayes or Sean Finn set for the HOTY gong.

Last year, Limerick equaled the record number of All-Stars in a calendar year with nine and look set to smash that this time around. Of the fifteen Limerick players nominated, just five are yet to pick up an award in William O’Donoghue, Barry Nash, Peter Casey, Seamus Flanagan and Darragh O’Donovan.

The post Disappointment for the Limerick contingent as All-Star banquet cancelled due to Covid concerns appeared first on Sporting Limerick.