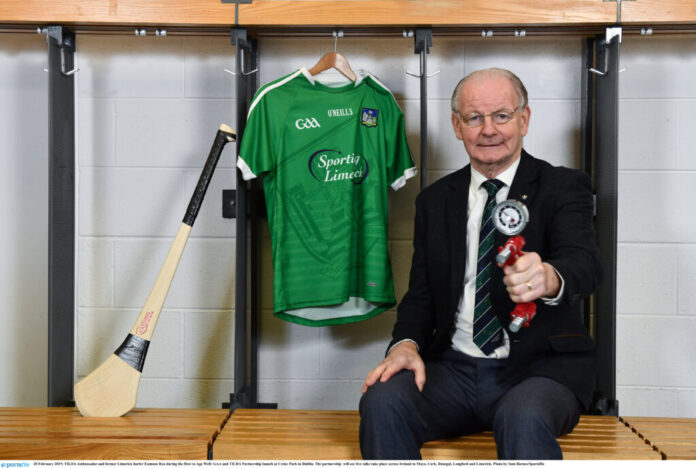 IT was with great sadness, the news of the passing of Limerick gael in Eamonn ‘Ned’ Rea. The Effin man was full forward on the 1973 All-Ireland winning side and also won two Munster titles during his time in the green and white.

Rea also won three Dublin club senior titles with Faughs having moved there in the late 1960s as well as a Fitzgibbon Cups with UCC. ‘Ned’ began his Limerick career in 1963 and represented his county until 1977.

It is with regret we announce the death of All Ireland winner in 1973 Eamon Rea. “Ned” as he will fondly be remembered as will be remembered in his native Effin. Having played for Limerick from 1964-1975 he won 2 Munster’s and 1 All Ireland. Sleep well Ned.

Rea wasn’t part of the Limerick panel from 1968 to 1972 but returned at full back at the beginning of the All-Ireland winning season.

However, he was soon moved to the opposite end of the pitch and played a crucial role at full forward, scoring two points in the victory over Kilkenny.

He was an extremely well liked figure in GAA circles and his pub near Heuston Station in Dublin proved a very popular spot for Limerick fans and other county’s fans while in the Capital.

Rea also gave plenty of service to the Faughs club, serving in many roles over the years and was the current Club President.

He was a crucial driver of Club Limerick Dublin and was the chairman of the Limerick Supporters Club when it was formed in 1990.