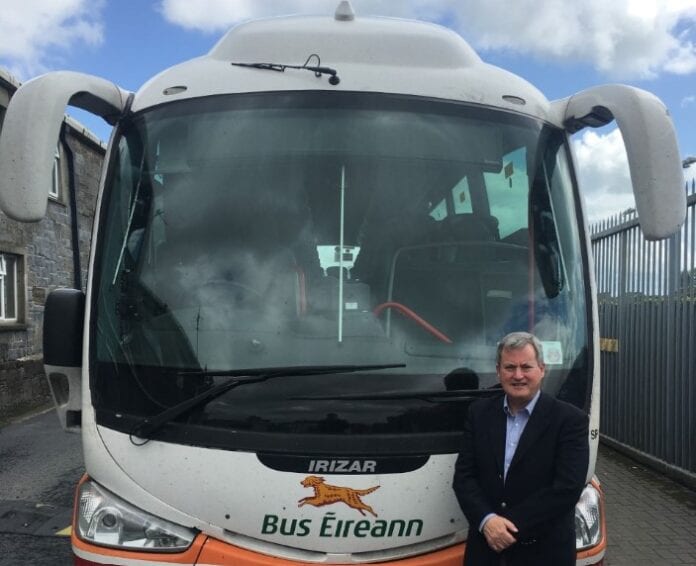 THE National Transport Authority (NTA) have confirmed that they will include Mungret in Limerick City’s upcoming BusConnects Plan, due to be prepared next year.

BusConnects is the National Transport Authority’s programme to improve bus services in Irish cities and forms part of the Limerick-Shannon Metropolitan Area Transport Strategy (LSMATS), the updated 2nd draft of which is due to go out to public consultation in January 2022.

“I welcome the commitment I have secured from the National Transport Authority’s Chief Executive Officer Ms Anne Graham, following my direct questioning, that the NTA will look to include Mungret in the upcoming new Limerick City BusConnects Plan, which the NTA is scheduled to start the preparation of from next year,” said Limerick Fine Gael TD Kieran O’Donnell.

“The high growth area of Mungret would greatly benefit from city service bus connection and would support a strong take up of public transport along the route from Mungret towards the city centre.”

He continued: “NTA Chief Executive Officer, Anne Graham also confirmed to me that the Connecting Ireland plan will commence the roll-out of these new rural services, including these two extra daily bus stops in Mungret, from next year. €5.6m was allocated in Budget 2022 by the Department of Transport to the NTA for this national rural bus programme roll-out.

Deputy O’Donnell concluded: “I will certainly be following up on the commitment provided by the NTA that they will look at Mungret’s inclusion in city bus services through the new BusConnects plan.