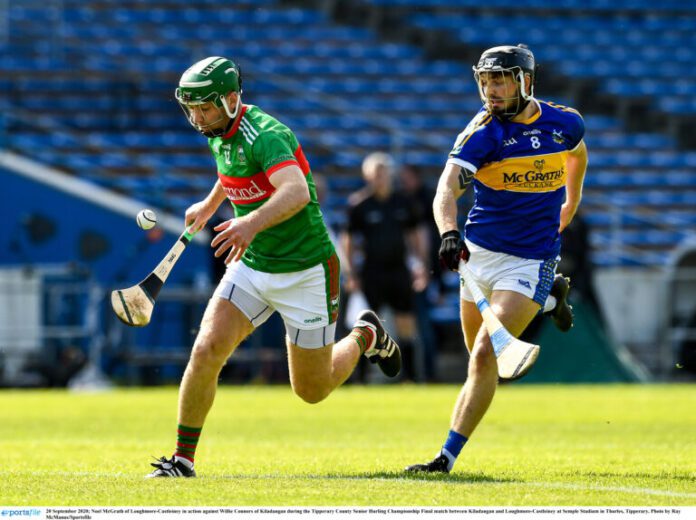 THE Munster Senior Club Hurling Championship kicks off this weekend.

After a year hiatus due to the pandemic, the Munster Club Championships return this weekend. 2019 kingpins Ballygunner face ’16 champions Ballyea in the quarter-final this Sunday in Ennis.

Six teams remain in contention with the Tipperary championship to be decided this weekend as Loughmore Castleiney meet Thurles Sarsfields in a replay of the final.

Ballygunner were the first to book their place in the championship on October 3 with Kilmallock next three weeks later. Ballyea followed suit a week later with Midleton the latest to seal their provincial place.

And ahead of this weekend’s quarter-final clash, how do the teams rank?

The third side to secure their place in the Munster championship, Ballyea proved all the doubters wrong as they won the Clare Senior championship without the services of Tony Kelly. When they reached the All-Ireland final in 2017, Kelly was the conductor in chief, almost single handily pulling them to Croke Park.

They followed this up with another Clare title in 2018, again Kelly leading the charge before falling to eventual champions Ballygunner in the Munster semi-finals.

But this year, others have stepped up in Kelly’s absence with Ballyea claiming a third title with a 1-17 to 1-16 win over Inagh Kilnamona.

Jack Browne is one of Munster’s premier club defenders with Banner football stars Gary Brennan and Pearse Lillis showing their hurling ability throughout the campaign.

However, they will have it all to do with Ballygunner awaiting this weekend in the quarter-finals.

The 2012 Munster champions will rue a huge missed chance against Loughmore Castleiney a fortnight ago as they spurned a healthy lead with the sides to meet in a replay this Sunday.

Nonetheless, Sarsfields have been very impressive in 2021, with their ability to find the net particularly impressive. They raised 10 green flags in the group stages and have added five more since. they dethroned Kiladangan in the semi-finals but how the final draw will affect them remains to be seen.

With the Maher brothers in defence, they are a match for any side but if they are to advance, the lack of preparation time due to the replay could prove detrimental.

This weekend, the attention reverts back to hurling with the county final replay as they prepare for a 17th week in a row of action.

That sheer amount of games may have an adverse effect on the Tipp side but could also add as a boost with a large portion of the sides playing both codes.

And in John McGrath they have the form player in Ireland with the forward winning five consecutive Man of the Match awards in both football and hurling. His brothers Noel and Brian aren’t too bad either.

Still, Thurles Sarsfields will be the number one priority right now.

The most recent side to book their spot in the Munster club championship, Midleton overturned Glen Rovers in the Cork Premier Senior Hurling Championship final last Sunday.

Led by Conor Lehane, Midleton led for the majority of the contest to earn an 8th ever title and a place in Munster for the first time since 2013.

Midleton were actually defeated by Sarsfields in the group stages but responded in style during the knockout stages, first disposing of a fancied Erins Own side. They followed this up by dethroning 2020 champions Blackrock in a thrilling 4-22 to 3-19 encounter.

They completed a memorable year by beating Glen Rovers after falling in the group stages in 2020.

They will also be buoyed by the three week break which is probably the most favourable among the remaining contenders. They take on Kilmallock in the semi-finals.

Ballygunner will enter the Munster championship as Waterford champions for the eight consecutive year. In that time, they have contested four Munster finals, claiming one title with a win over Na Piarsaigh in 2018.

No club has contested more Munster finals than the Deise men but from their eleven final appearances, they have only picked up a pair of wins, losing in 2019, 2017 and 2015. The 2019 loss came against Borris Ileigh while they fell against Na Piarsaigh on the other two occasions.

But their experience in the competition should stand to them with almost all of the squad having Munster championship experience.

Yet, the nature of the competition in Waterford will have done little to prep them for the province as they put Roanmore to the sword in the county final, winning by twenty points.

Furthermore, that final was on October 3, nine weeks from their clash with Ballyea this weekend.

How they perform on Sunday will tell a lot.

County bias aside, Kilmallock have to be favoured in the Munster championship such was their journey to the provincial series. They begin the year with a loss to Na Piarsaigh before scraping past Ballybrown. This was followed by an extra-time classic with South Liberties but in the semi-final and decider, the Balbec put the province on notice.

After a slow start to the season due to injury, Graeme Mulcahy hit over 0-7 in the final with Micheal Houlihan and Oisin O’Reilly in the form of their lives.

The Kilmallock squad is a perfect blend of experience and youth with the backbone of the 2014 Munster winning side still to the fore with the like of Barry Hennessy, Mark O’Loughlin, Philip O’Loughlin, Gavin O’Mahony, Kevin O’Donnell and Mulcahy.

Outside of that Houlihan, O’Reilly, Dan Joy, Ciaran O’Connor and Liam English to name a few picked up a first county title and will be buoyed by the success.

They have a number of All-Ireland winners at their disposal and could be further boosted by the potential return of Paddy O’Loughlin.

The only caveat will be the six week break from the county final to the Munster semi-final.