Home Limerick One positive case within Munster camp as both squad & staff enter... 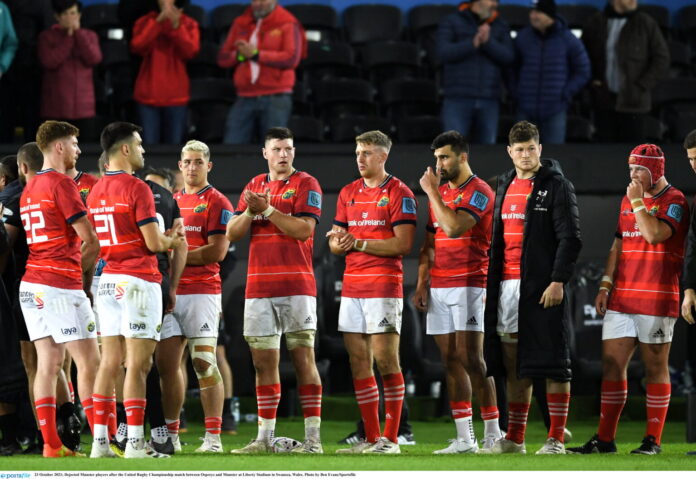 MUNSTER will be forced to isolate in Cape Town as one positive case came from a routine round of PCR testing.

All of Munster rugby’s squad & staff will be forced to remain in Cape Town due to a positive case within the camp. Munster made their way back to Cape Town from Pretoria in an attempt to leave South Africa amid growing concerns surrounding the B.1.1.529 variant of Covid-19.

Munster were set to play rounds six and seven of the URC against South African outfits the Bulls and Lions over the next two weeks, the URC has since confirmed the postponement of those fixtures due to the new variant.

Munster are taking all precautions and prioritising the health and wellbeing of everyone while they await further guidance from the health authorities.

Munster’s fellow URC competitors the Scarlets and Cardiff are also awaiting guidance from health authorities, as they too attempt to arrange travel out of South Africa following the cancellation of their round six and seven fixtures in South Africa.

Munster face Wasps in their first game of the Heineken Champions Cup at the Coventry Building Society Arena on December 12th, with kick-off at 3:15pm.

The post One positive case within Munster camp as both squad & staff enter isolation appeared first on Sporting Limerick.