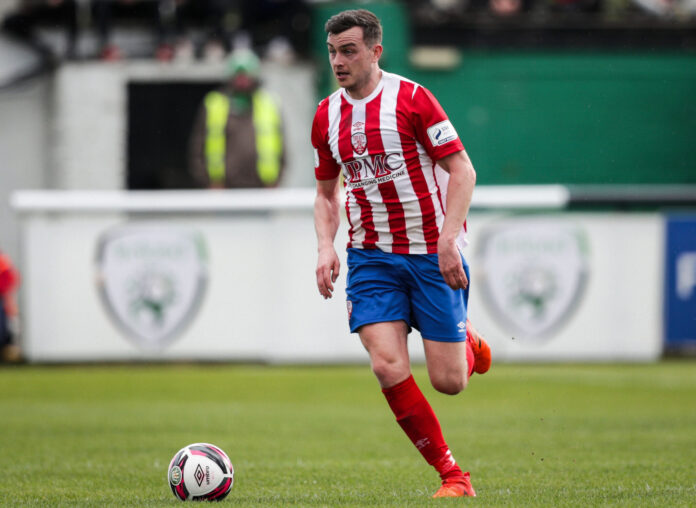 THE defender is the only Treaty United representative on the team.

Marc Ludden has been named on the PFAI First Division Team of the Year. The flying full back was instrumental for Treaty this year in helping the side to the play-offs in their maiden year in existence.

Ludden joined Treaty at the start of last season and quickly established himself as their number one left back. Previously the Mervue Academy product spent several seasons with Galway United.

Ultimately, Treaty fell to UCD over two legs with the students having three players selected in the form of Paul Doyle, Colm Whelan and Liam Kerrigan.

Champions Shelbourne dominate the selection with six players chosen including goalkeeper Brendan Clarke and three of the back four alongside Ludden.

PFAI Division One Team of the Year

The post Treaty United’s Marc Ludden named on PFAI Division One Team of the Year appeared first on Sporting Limerick.