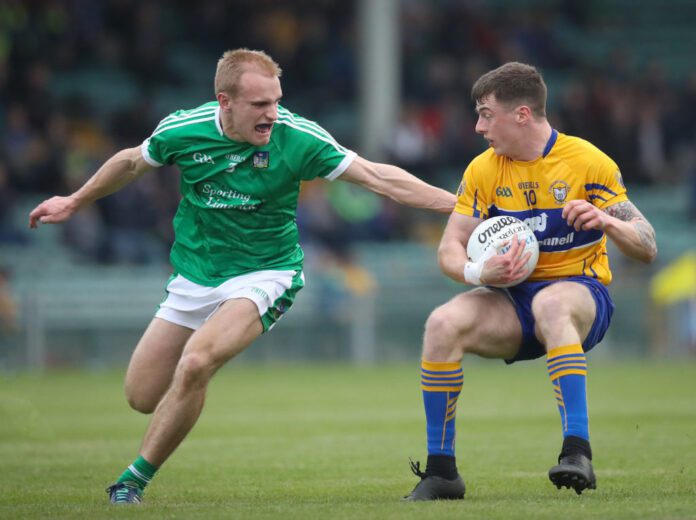 BILLY Lee’s side will be on the road in the 2022 Munster Senior Football Championship quarter-final.

Limerick will be away to Clare in the 2022 Munster SFC quarter-final after the draw was made on Saturday afternoon.

The winner of the tie will face either Tipperary or Waterford in the semi-finals with Kerry and Cork paired in the other semi-final.

After seven years without a win in the championship heading into the 2019 season, Lee’s side will be seeking a fourth successive quarter-final victory.

However, Limerick have a dreadful recent record against the Banner, losing at the same stage in four consecutive years from 2015 to 2018. Clare were also victorious when the teams met in the 2012 semi-final.

Limerick’s last provincial win over Clare came in the Munster semi-final in 2009.

Earlier this year Limerick were beaten by Cork in the Munster semi-final after putting Waterford to the sword in the semis. Clare meanwhile were beaten by Tipperary in the quarter-finals.

Unlike the last two seasons, a loss will not signal the end of the season with the return of the qualifiers and the Tailteann cup.

The post Limerick drawn with Clare as Cork and Kerry paired in Munster Football Championship appeared first on Sporting Limerick.