Home Rugby Munster The potential Munster team to line out for their Champions Cup opener... 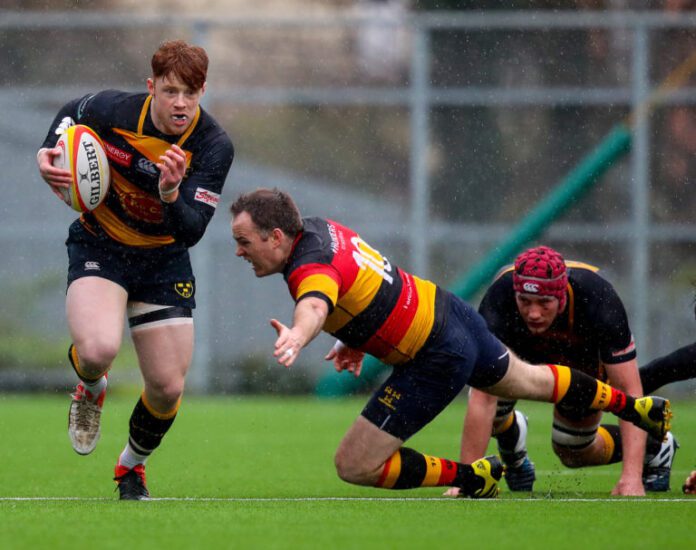 DUE to the ongoing Covid issues faced by the Munster squad stranded in South Africa, the province will likely have to line out a completely different side to face Wasps in their Champions Cup opener.

Munster are without the vast majority of their players due to the ongoing Covid fiasco in South Africa, the province may have to get creative when selecting a team to play Wasps on December 12th.

Munster might have to pull talent from their Academy and the AIL in order to fill a team, meaning players like Young Munster’s Conor Hayes could be re-invited back into the provincial set up.

According to UCC RFC’s twitter, Jack O’Sullivan lined out for the Cork students against Clontarf in their AIL clash last weekend, despite him being listed as one of the traveling players to South Africa. Academy hooker Scott Buckley was also in that UCC team.

There are a few caveats which Munster will have to navigate, the returning international players is a big boost to an already slim selection pool, however Carbery will likely have to play the full 80 minutes at out-half due to no other out-halves being available.

The same would go for the entire back-row, due to no replacements being available to Munster in those positions unless some players who manage to return from South Africa are back-rows.

Munster barely have three back-rows to line out against Wasps but those who tested negative in Cape Town are allowed return to Ireland as soon as possible, hopefully some of those retuning players are back-rows and can fill in the gaps.

tae a look at my proposed team below:

Munster are still set to face Wasps in their first game of the Heineken Champions Cup at the Coventry Building Society Arena on December 12th, with kick-off at 3:15pm.

The post The potential Munster team to line out for their Champions Cup opener against Wasps appeared first on Sporting Limerick.