Home Sport Gaa WATCH | “It will take a lot to overcome them” | Jimmy... 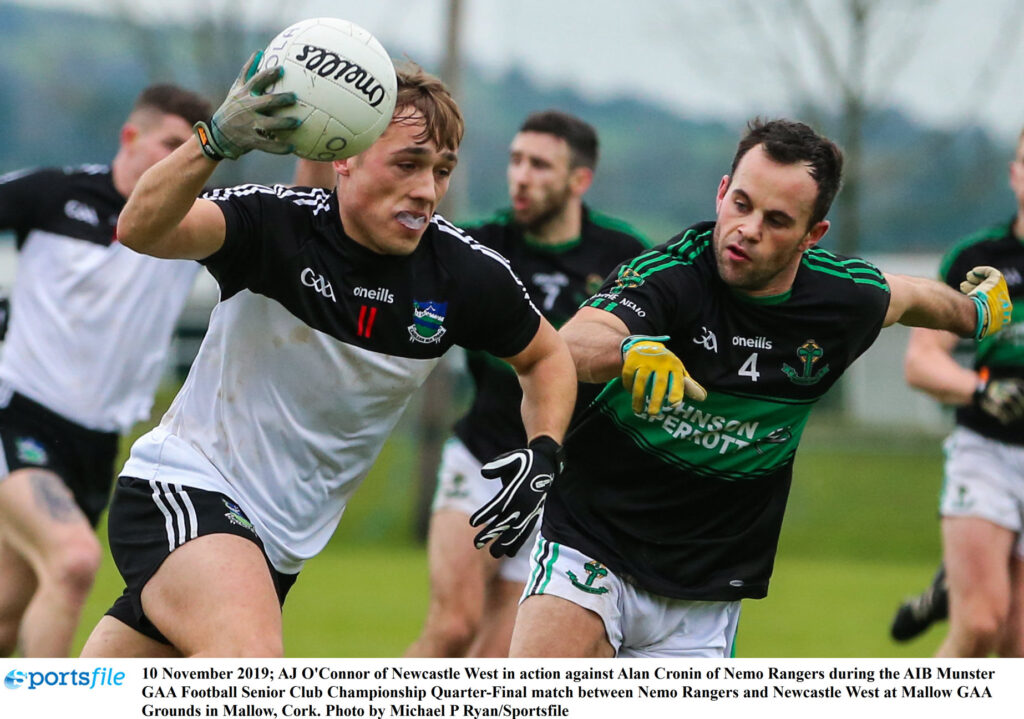 NEWCASTLE West will have home advantage this Saturday as they welcome the Nire in the Munster Club Football Championship quarter-final.

After winning their fifth ever county title in later October, Jimmy Lee’s side will return to action after a five week break as the manager described preparation during the lengthy lay-off.

“You come over the peak and you’re coming back down. And you’re trying to raise it up again.

“You’re building so it does feel like a preseason most definitely.”

The Nire have been crowned Waterford champions ten times, including four since 2014 and are no strangers to the provincial series. In this year’s Waterford decider, they held off a late comeback from Rathgormack to clinch a 1-7 to 0-9 win.

And having a favourable, three-week break heading into the clash, Lee is under no illusion of the threat that Newcastle West will face.

“The Nire are a good hard working side. They will be giving the respect they deserved and it will take a lot to overcome them. They’ve a lot of pedigree and experience. I think they were unlucky not to win against Austin Stacks and their Munster record is comprehensive. There’s a lot of good footballers there and some Waterford hurlers who are probably better footballers!”

In a timid final with Adare, Newcastle West’s quality of the bench proved to be the major difference
between the sides with Iain Corbett hailing the Magpies as having the best squad in the county.

And with so much quality at his disposal, Lee says there is a huge trust within the panel that allows
them to thrive.

“Its based on trust and respect. We’re extremely honest with the lads. They know why, they mightn’t always agree with you and I don’t expect them to. As a management team, we make the decisions and they respect that. They trust us and it’s a two way street.”

Limerick’s recent record in the Munster competition has been dreadful to say the least with Dromcollogher Broadford’s title win in 2008, the last time a Treaty side has tasted a victory in the championship.

But with Limerick’s improvement on the intercounty scene, Lee is hopeful that his side can bridge that gap at a club level.

“We’re never too far off the mark as a county. On Saturday we would be hoping that if we got over the line it might be the catalyst for other clubs.

“The lads know what they’re about. They know the set up in Munster and what it takes. You’re in a winners group where you’re playing county champions. They’re all good.”

The post WATCH | “It will take a lot to overcome them” | Jimmy Lee as NCW prepare for the Nire’s visit in Munster Club championship appeared first on Sporting Limerick.