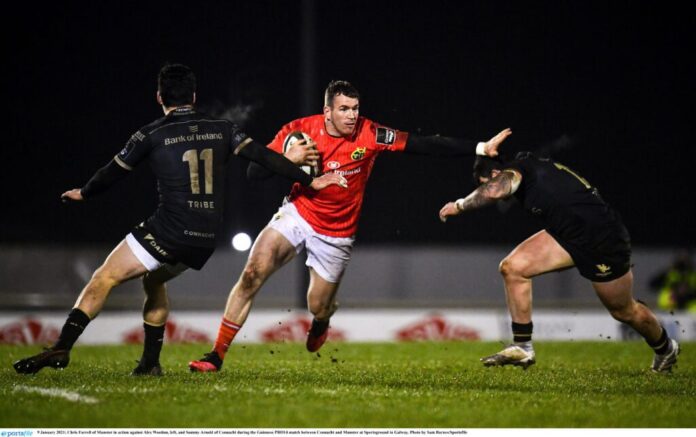 THE Munster squad began their week’s training this morning ahead of Sunday’s Champions Cup opener against Wasps in Coventry (3.15pm).

This will be the new-look squad’s second week of training together with the group including senior and Academy players who didn’t travel to South Africa along with a number of the province’s NTS (National Talent Squad) and PTS (Provincial Talent Squad) members.

The 34 players and staff who returned home to Ireland last Wednesday are continuing to follow the government protocols of mandatory self-isolation while following the public health-led PCR testing programme.  It is expected the group will complete their quarantine period over the weekend.

The 14 members of the travelling party to South Africa who remained in Cape Town are continuing to do well as they move closer to completing their respective quarantine periods at different stages this week.

There is good news on the injury front for Roman Salanoa (knee) as he has returned to training.

As confirmed on Friday, Chris Farrell (abdomen) and Jonathan Wren (leg) have also returned to training.

Conor Phillips returns to the HPC this week after lining out for the Ireland Men’s Sevens Development squad in Dubai last week.