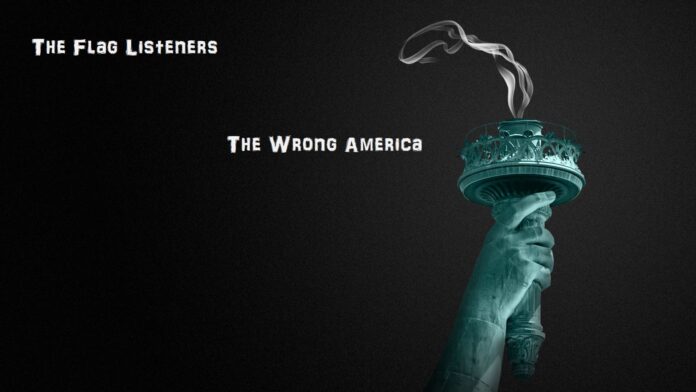 THE Wrong America is the first release from The Flag Listeners since the album, and other short stories, in late 2017.
While band members have released solo work, Eamonn Hehir, two singles, and John Steele, two albums, this stomper of a rock ‘n’ roll track is the sound of a band itching to get back on stage again playing to friends and fans.
The lyric was inspired initially by radio interviews with Irish-American Trump supporters during the last American election. Also, the march on the Capitol Building and the anti-lockdown protests.
“It seemed such a wasted opportunity to travel to the fabled new world with all its possibilities and finish up with such a closed attitude.”
Expect those longed for live shows early in the new year.