He was responding to a recent report from the Banking and Payments Federation (BPFI), which found that the average deposit needed to buy a home is now €52,500 for a first time purchaser, and €135,000 for a mover purchaser.

“Fine Gael’s only response to spiralling house prices and rocketing rents is to expect hard pressed parents to front up money to assist their children to buy a home,” Senator Gavan claimed.

“The BPFI report shows that 42 per cent of first time buyers used gifts as part of their deposits. The Bank of Mam and Dad is now firmly in play to bolster savings because young first time buyers simply can’t afford the deposits on their own.

The Castleconnell-based politician went on to say that young workers across Limerick are caught in a trap of ever spiralling rents, which leaves them no scope to save up money for a house deposit.

“The average monthly asking rent for the third quarter of 2021 in Limerick City was €1,373. How are workers supposed to save enough money to ever afford to buy a house of their own?” he asked.

Calling for a radical change in policy direction, Senator Gavan warned that the latest generation of workers face the prospect of being worse off than their parents and having little prospect of buying a home of their own.

“Only a radical intervention by government to build housing on a scale not seen to date will solve this crisis. The government’s own think tank, the ESRI, called on them to do just this but was ignored. At the same time we also need urgent action to freeze and the reduce rents via a tax credit equivalent to one months rent.

“More of the same failed policies will only see house prices and rents continue to spiral, creating a bonanza for vulture funds, and driving many of our brightest people to emigration.” 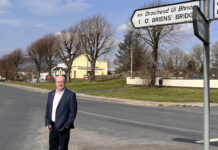