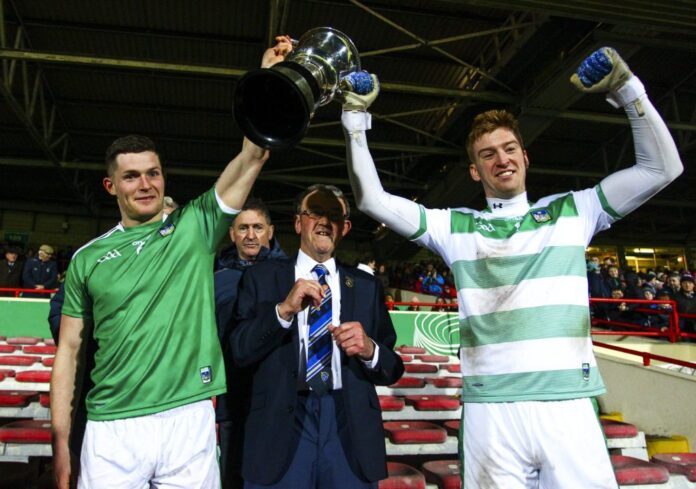 THE Limerick senior hurling and football team will return to competitive competition in early January in the form of the Munster Hurling and McGrath Cups.

John Kiely’s All-Ireland hurling champions will be in Munster Hurling Cup action on Friday January 14th as they face the winners of Tipperary or Kerry in the semi-final of the competition in the TUS Gaelic Grounds.

If they are victorious, they will advance to the final which is scheduled for Saturday January 22nd with the venue to be confirmed.

Limerick are current champions having won the competition in January 2020 in the Gaelic Grounds. On that same evening, the footballers claimed McGrath cup honours with both sides beating Cork.

The Limerick footballers will make their return to action first on January fifth when they travel to Austin Stacks Park Tralee to take on Kerry in the McGrath Cup opener. A week later, Limerick will welcome Tipperary to the TUS Gaelic Grounds in their second game.

Should Limerick win both games or top their group, they will face either Clare, Waterford or Cork in the final on Saturday January 15th.