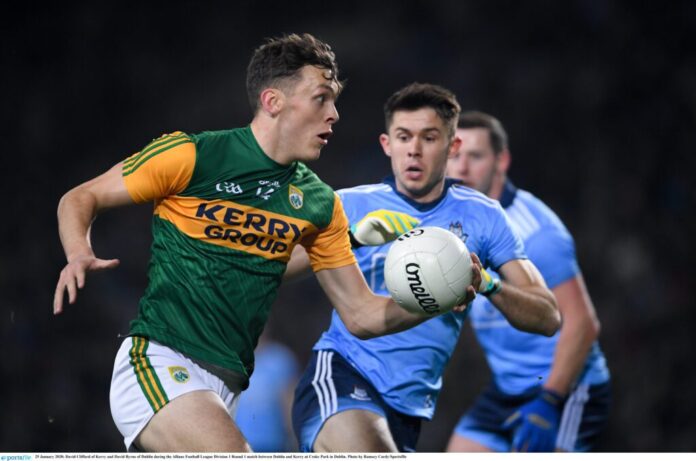 THE premier college football tournament kicks off across the country today.

Ahead of their Sigerson Cup first round clash with Sligo IT tonight, UL have named Adare’s Paul Maher as captain of the side with Kerry’s Donal O’Sullivan as vice-captain.

The University host Sligo IT tonight with throw in at 7.30pm.

Maher will lead a star studded side out tonight in the first round with the Sigerson operating on a knockout basis. UL are the only Limerick representative in the competition and are yet to be crowned Sigerson Cup champions.

There are six other first round ties tonight with Queens receiving a bye into the second round.

UL will have two Limerick players at their disposal in the form of Maher and Mungret St Pauls goalkeeper Ronan McElligott.

The star man will no doubt be three-time All-Star and 2021 Kerry Captain David Clifford who found the net for Kerry in their meeting with Limerick last week.

He is joined by fellow Kerry man Stefan Okunbor who impressed for the college prior to his departure to Australia a number of years back.

Outside of UL, there are a couple of Limerick players blazing a trail. Limerick and Na Piarsaigh’s Gordon Brown is studying in Queen’s University Belfast, St Kierans man Michael Shanahan will line out for MTU Kerry while Drom Broadford’s James Molyneaux is a part of the MTU Cork side.

If UL are to win, they will move into the next round to face the winners of Carlow IT and Letterkenny IT next Tuesday evening.