COUNTY Limerick businessman Jim Woulfe, has been honoured with the Cork Chamber ‘Outstanding Contribution to Business Award’ recognising a lifelong career in the agri-food industry along with other notable achievements.

The Ardagh native has worked with the Dairygold Cooperative for over 40 years, alongside his contributions to other business, state and educational institutions through his board representation.

“He has gone above and beyond to ensure the livelihood of those working in the sector. He embodies a passion for the support and growth of Ireland and sits on numerous boards including CIT,(now MTU), Cork Airport, the NCPC, Ornua (the Irish Dairy Board) and Fota Wildlife Park. His individual commitment has supported collective vision, and Jim’s contribution is nothing short of outstanding.”

In his message of congratulations Taoiseach Micheál Martin said that Mr Woulfe was a richly deserving recipient of the award, recognising as it does, his extraordinary contribution over many years to Cork and the broader region, and his great achievements in leading Dairygold to ever greater success.

Accepting the award, Jim Woulfe said: “I’m a great believer in the power of team effort. it’s something I learned in sport many years ago and I believe it’s equally as effective in business. I have been very fortunate to lead a superb team combined with a tremendously committed wider Stakeholder Group at Dairygold for the last 12 years. Everything that’s been achieved is thanks to that combined team effort.” 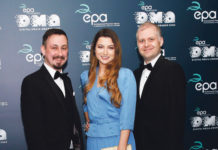 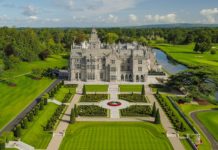 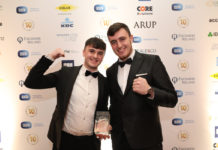 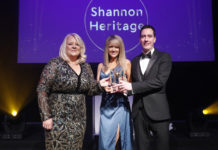