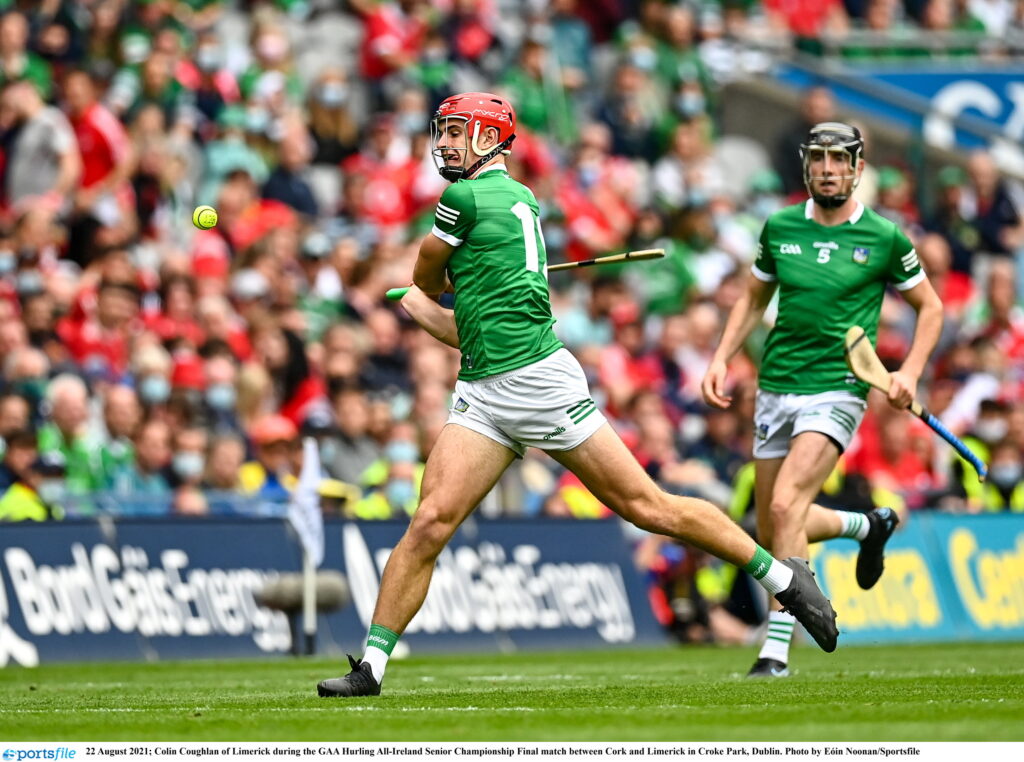 WE look at the strength in depth of John Kiely’s squad and potential outsiders ahead of their season opener this weekend.

The Limerick senior hurlers kick off their 2022 season this Sunday when they take on Kerry in the Munster Hurling Cup this Sunday afternoon.

In the meantime, Kilmallock, Mungret St Pauls and Caherline were crowned county champions in some exhilarating club championships.

As such, some players may have caught the eye of Kiely who is yet to reveal his hand in terms of a squad for the 2022 season.

With twelve All-Stars, there is little room for outsiders but there is a chance for all with Kiely unafraid to make the hard calls in his term as manager.

And ahead of the season opener, we assess at the options available to Kiely, starting with the goalkeepers on Monday.

Yesterday, the full back line was looked at.

Today, the options for the wing back line are discussed.

The fact that each of Limerick’s half back line has won multiple All-Star awards is a signal of their dominance over the past few years.

Each received their second gong in December with Kyle Hayes and Diarmaid Byrnes retaining their spot while Declan Hannon was chosen to go along with his 2018 award.

Were it not for a certain Cian Lynch, there would be a strong case for Hayes as they best hurler in the country with the Kildimo Pallaskenry man nominated for Hurler of the Year to go along with his goal of the season effort against Tipperary.

Declan Hannon is the best centre back in the country and one of only two men to captain his side to three All-Ireland titles ever.

Alongside them, Byrnes is the epitome of consistency, rarely putting a foot wrong. There is a case that he is the most underrated player in the country.

And despite the immense talent behind them, there is little to suggest they could be shifted.

Colin Coughlan, in his first year in the squad, replaced Declan Hannon in the All-Ireland final as the teenager unfazed by the occasion. A huge man for his age, Coughlan has all the talent to eventually break into the starting XV and will view the league as a big opportunity to prove his worth.

Ronan Connolly and Mark Quinlan were part of the All-Ireland winning squad and are quickly approaching their prime years. However, they will need plenty of minutes in the league to make a matchday panel in the championship.

Of those looking to dislodge that vaunted trio, Paddy O’Loughlin is the most recent man to get a starting berth in that line (Dan Morrissey aside who has repositioned to full back.) The Kilmallock man got a pair of starts in the 2019 Munster Championship and has two All-Ireland titles to his name. He took a year away from the game but returned for his club during the Munster campaign with potential involvement with Limerick unknown.

Equally at home in midfield, where he represented the Limerick U20s last summer, Cathal Downes was hugely impressive for Kildimo Pallaskenry in their debut season in the senior ranks. Will probably need another year at the grade to catch the eye of the county management however.

Similarly, Ciaran O’Connor was superb in anchoring Kilmallock’s defence to a Munster final last week. Josh Considine featured for Limerick in the league last year and his performances with Patrickswell in the SHC should do his chances of doing so again the world of good.

Newcastle West’s Ethan Hurley and Cappamore’s Sean Whelan both impressed in their first season at the Premier Intermediate grade. Both have Munster minor medals from the 2020 campaign.