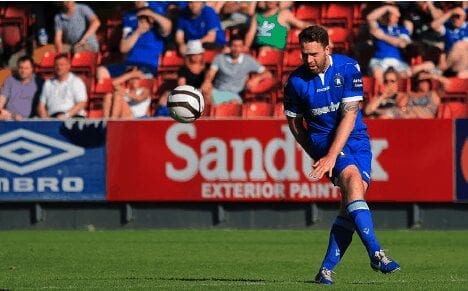 FORMER Cork City and Limerick FC centre-back Brian O’Callaghan has been added to the Treaty United senior men’s coaching staff ahead of the 2022 season. The Limerick native has been involved in pre-season training ahead of the side’s second season in the Airtricity League First Division.

O’Callaghan was the manager of the Treaty United u-14’s last season and is well acquainted with Tommy Barrett as the pair played together with Limerick in 2009. He was a very experienced player having played with Barnsley among other clubs in the early 2000’s.

Treaty announced the news on their social media outlets on Friday the 14th of January.