Home Sport Gaa Cian Lynch helps NUIG to Division One title a week out from... 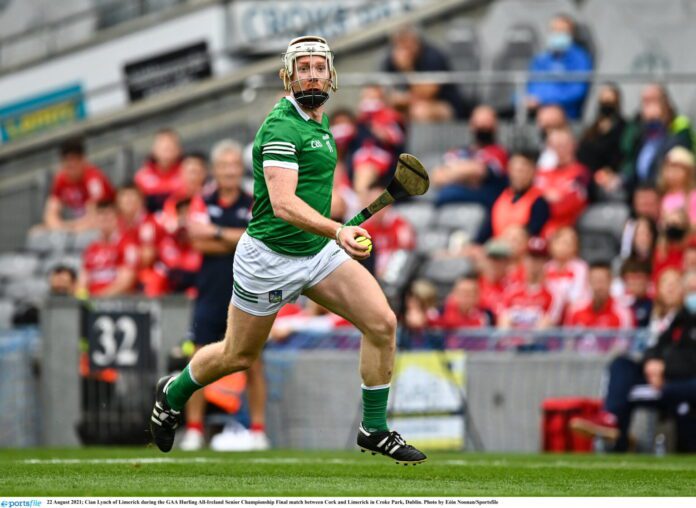 IT was a first piece of silverware with the college for the two-time Hurler of the Year.

A week out from the start of the Fitzgibbon Cup, Limerick’s Cian Lynch helped NUIG to the Division One Hurling League, a tenth national title for the Patrickswell man.

Lynch, who is doing a masters in the Galway college, was named in midfield for the final with UCD as they picked up a 2-18 to 4-11 win.

The Galway outfit led for much of the contest against a plucky UCD side that stayed in the game until the end. NUIG’s lead at the first water break was 0-8 to 1-3 but a goal close to the interval gave UCD a two point advantage at the half.

Five on the trot to start the second half gave NUIG the initiative with the Dublin college missing from the penalty spot in the meantime. DCU’s third goal on 40 minutes had them ahead briefly before the Galway side hit the back of the net to leave it 2-16 to 3-9 in their favour heading into the final quarter.

DCU had a fourth goal to pull them within one but it wasn’t enough as Lynch and co held on for the title.

NUIG could also call on Galway stars Brian Concannon and Evan Niland as they turn their attention to the Fitzgibbon Cup that begins next week.

They open their championship account against UCD next Wednesday before hosting Mary I on January 26. Lynch will have fond memories of his time in the Limerick college, picking up a pair of Fitzgibbon Cup medals in 2016 and ’17.

They round off their campaign against UCC in what is the toughest group in the competition.

Elsewhere, the three Limerick colleges, Mary I, UL and TUS MidWest all get their seasons underway next week.

The post Cian Lynch helps NUIG to Division One title a week out from Fitzgibbon Cup opener appeared first on Sporting Limerick.