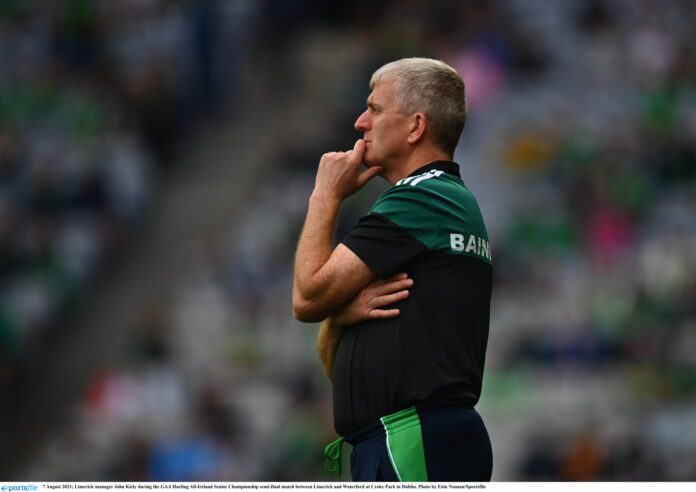 JOHN Kiely’s side were in action for the first time since last years All-Ireland final.

Limerick are back into the Munster Hurling Cup final after a facile victory over Clare in the TUS Gaelic Grounds.

The margin of victory was 4-28 to 0-11 as the Shannonsiders made light work of the visitors.

Pat Ryan had Limerick’s opening goal after 13 minutes to push them into a 1-5 to 0-1 lead. Cathal O’Neill has opened Limericks account within a minute with the writing on the wall from the outset.

Adam English was introduced at half time for his debut with the Doon man grabbing a goal after 53 minutes following an excellent finish.

His goal put Limerick 3-24 to 0-8 ahead after David Reidy’s 21-yard free bundled over the line.

English’s goal was the final act of the third quarter with Ryan rounding off the goal scoring for Kiely’s men.

They now meet Clare in the Munster Hurling Cup final next Saturday.