Home Sport Gaa Limerick defender poised for a return to the intercounty scene after two... 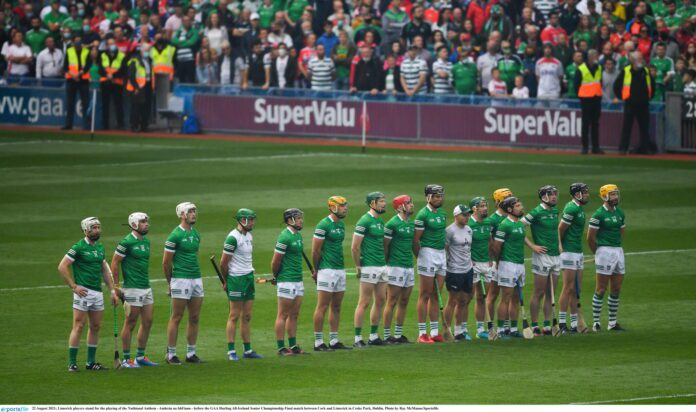 KIELY confirmed the news of a returning player in the wake of their Munster Hurling Cup win over Kerry.

A return is on the cards for one of Limerick’s key men from the 2018 All-Ireland victory as John Kiely confirmed Mike Casey is nearing full recovery from long term knee injuries.

Casey, who was full back for the side in 2018 and ’19 and was nominated for an All-Star in both seasons, suffered a cruciate knee injury in October 2020 in a challenge game as Limerick stepped up preparations for the winter All-Ireland.

The full back returned to the inter county fold in 2021 and made his return to the pitch for Na Piarsaigh in July. However, that was followed by a setback in recovery as he suffered another knee injury. In December he suffered another setback but Kiely confirmed that Casey, who last featured for the intercounty side in March 2020, could return as soon as next month saying,

“Obviously Barry Murphy and Peter Casey have long term injuries. Mike Casey isn’t as long term so Mikey should be back some time in February. He’s working hard, is in great nick and great form. He will be looking to work very hard over the next six weeks to get himself available for selection possibly towards the end of February, beginning of March.”

That means Casey could feature in the February 27 clash with Cork in the TUS Gaelic Grounds, or against Clare in Ennis on March 6. Limerick round off their league campaign against Offaly on March 20.

Casey’s brother Peter also suffered a torn ACL, that coming in the first half of the All-Ireland final in August as he landed five points in the opening 25 minutes. It is hopeful that he will be fit for the Muster championship.

On Sunday, Mark Quinlan was replaced after seven minutes with a reoccurrence of a hamstring injury. It is unclear how significant the damage is to the Garryspillane man.

Listen to Kiely discuss Casey in the video below from 5.31.

For Limerick, attention will turn to this Saturday’s clash with Clare in the Munster Hurling Cup final ahead of February’s League commencement.

The post Limerick defender poised for a return to the intercounty scene after two year injury lay-off appeared first on Sporting Limerick.