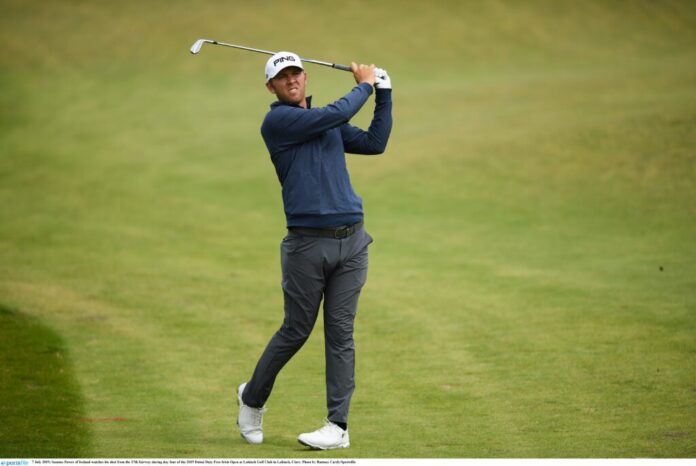 AFTER an impressive 3rd place finish in Hawaii, Power has played himself into contention for a place at the Masters

Almost 300 days after Seamus Power was fighting for his PGA Tour card, the Waterford man now finds himself ranked 49th in world golf. Ever since his first tour win at the Barbasol Championship, Powers Golf game has only gone from strength to strength and he is quickly making a reputation for himself as a top player of the game.

This weekend, Power continued his impressive run with a third placed finish at the Sony Open in Hawaii.

Masters’ winner Hideki Matsuyama finished the weekend the outright winner as he shot an impressive -23 over four rounds. Dramatically Matsuyama and number two placed Russell played one play-off hole to decide the tie.

This season alone Power has had five top 25 performances in his first seven starts. Over the four days of the tournament Power shot under 70 in each of his rounds. Impressively Power managed to shoot back-to-back 65’s. His final day consisted of two birdies on the final two holes, this put his score to -19 for the tournament and secured his tied 3rd place finish.

The likes of Power and Lowry help to provide young Irish Golfers with some sense of a guide to success. Role models like Seamus Power and Shane Lowry also prove that at a high enough level there is a chance to really make a good living in the sport.

Currently sitting just below fellow Irishmen Shane Lowry at 49th in the world, this position is vital if Powers wants to qualify for one of if not the most prestigious Majors. The Masters is the tournament every Golfer has dreamt of winning, being able to put on the green jacket that signifies a player as an elite talent. Powers finds himself in a position to qualify automatically, with this depending on whether he manages to maintain his rich vein of form going on the Golf course.

As he prepped for a flight to California for his next tournament, the American Express Championship, he labelled his most recent performance as “a special moment”. He continued by saying, “it’s a huge milestone, but the plan is for this to only be a passing point for now.”