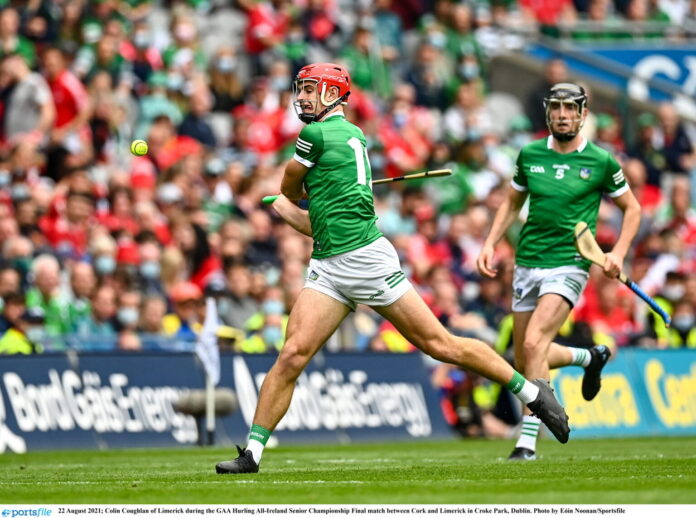 LIMERICK kicked off their 2022 campaign with an impressive victory over Kerry in the Munster Hurling Cup.

In truth, the manner of Limerick’s victory was facile by the final whistle as they put a lacklustre Kerry side to the sword.

The writing was on the wall from the throw in with Cathal O’Neill firing over inside the opening minute. And while Kerry had the next score, that was as good as it got for the Kingdom as Limerick sauntered to a 30-point win.

The victory sets up a Munster Hurling Cup final with Clare this weekend as the start of the League approaches rapidly.

Sunday’s clash with Clare will be the final test before the season really kicks into gear with the trip to Wexford on February 6.

In the wake of the Kerry game, below are some of the talking points to emerge from the Gaelic Grounds.

If you were to find your way into the TUS Gaelic Grounds on Sunday having never seen Limerick in action before, a number of things would have stood out. The speed at which Kiely’s men operate is one obvious thing, as is the size of the players.

Another thing to stand out was the Shannonsiders number five, Colin Coughlan.

The 19-year-old, yes you read that right, is a freak of nature combining speed and skill to a frame his much older peers would be envious of. There is no one on the Limerick team that shirks their responsibilities in the gym but on Sunday Coughlan dwarfed the lot.

But, what is most impressive is his fleet of foot and ability with sliotar in hand. Twice in the first half he nonchalantly stroked over from out near the sideline and this has become a staple for the Ballybrown man at club level as he always adds to the scoresheet, regardless of his positioning.

A guaranteed starter on every other team in the country no doubt, he will push Hayes, Byrnes and Hannon all the way this year.

Cathal O’Neill is in a similar position as an All-Ireland winner before the age of 20. He too showed his class with 0-4 from play on Sunday. But like Coughlan he will have it all to do to break into that half forward line with Cian Lynch, Gearoid Hegarty and Tom Morrissey ahead of him.

However, with Peter Casey and Barry Murphy both injured, could we see the Crecora man in the corner.

Nonetheless, there is no doubt Coughlan and O’Neill are spearheading the next wave of Limerick hurlers.

Reidy showcases his worth

Another who would be assured of a starting XV berth all around the country is David Reidy who deputised expertly for the two time hurler of the year Cian Lynch at the weekend. Named at centre-forward, Reidy was all over the park a la Lynch.

The Dromin Athlacca man slotted over 1-14 on the day, 0-4 coming from play as he dictated proceedings from no.11.

As one of the elder statesmen on the team at the weekend, Reidy led by example, with his role allowing others to flourish.

Reidy is also a trusted free taker and Aaron Gillane aside, he is arguably Limerick’s choice in that regard. The importance of a free taker is well known these days and is a further string to Reidy’s ever developing bow.

The chances of pushing one of Lynch, Hegarty or Morrissey is slim but in Reidy Limerick have a ready made replacement.

There were six players on show in the Gaelic Grounds that weren’t part of the 2021 All-Ireland winning squad. For those unaware of who those were, it would have been very difficult to pick those men out, such is the confidence ingrained in all of Kiely’s troops on arrival.

In goals, David McCarthy made his return to the set up after a four year absence and a couple of dropped balls aside, he accounted himself well, keeping a clean sheet. Rory Duff in midfield was the only full debutant on the day and didn’t look out of place with his industry and facilitating to the fore.

Paddy O’Loughlin made his return to the side after a year away, slotting in at the seventh minute as Mark Quinlan limped off injured. His clubmate Oisin O’Reilly was also back on the scene after a couple of seasons away.

Off the bench, teenagers Adam English and Patrick O’Donovan made their first appearances for the senior side as the former goaled and the latter set Pat Ryan free for his second.

Each player showed their value for the set up and none looked out of place for the senior team with the confidence from the whole contingent evident.

Never once was their responsibility to play the right ball shirked as they adapted to the ways of the best team in the country with ease.

Scoring 4-29 in a game will never be a negative for any team, regardless of the opposition. It shows an ability not only to raise green flags but also accuracy when it comes to shooting points, despite the fact that Limerick could have hit 40+ points had they been more clinical.

But this team will not be getting ahead of themselves as they will be aware that this will likely be the easiest task of the year. Not only will Kerry ply their trade in the Joe McDonagh Cup later this year but they were also without their sizeable Kilmoyley contingent at the weekend after they captured Munster honours. With all due respect to the teams, there is a gulf between them, although Kerry are making fruitful efforts to close that gap to the Liam McCarthy teams.

Sunday’s game will have been a very useful experience for the younger members of the team but this weekend’s clash with Clare will say a lot more about their quality.

The return of the Fitzgibbon Cup will likely rule out the Boylan brothers, Ronan Connolly, Brian O’Grady Rory Duff and Cian Lynch with room for those on the periphery to stake their claim.

It will be interesting to see how Kiely lines up for that clash with the League the next outing afterwards.