PLANS to give Cabinet Ministers greater security including bodyguards and specialised cars has been criticised by Limerick Sinn Féin TD Maurice Quinlivan.

Following a review of the Government politicians’ personal safety carried out by An Garda Síochána, Ministers will soon be able to go about their duties, safe in the knowledge that they have more protection.

The review, in the wake of the murder in Britain of Tory MP David Ames, also followed a number of incidents including protests outside Ministers’ homes, which gave rise to increased concerns over the safety of Government politicians.

Sinn Féin TD Maurice Quinlivan believes serious consideration is now needed before any decision is made.

“At a time when crime is having a serious impact on our communities and the lives of ordinary people, this will undoubtedly have an impact on services with up to 40 gardaí being taken off frontline duties,” Deputy Quinlivan told the Limerick Post.

“So this needs to be carefully considered before any decision is made. Limerick needs additional gardaí as the response time in many cases is very poor due to the lack of members on the street. Many of my colleagues across the State unfortunately tell me of similar problems in their areas. We need to hear from the government how they plan to meet the increasing demand for better policing, while being cognisant of all security risks. There needs to be a better way to do both,” he added.

The Limerick Post contacted Fianna Fáil TD and Minister of State at the Department of Further and Higher Education, Niall Collins to ask if he would be given greater security.

“Apparently this is for Cabinet Ministers only and not Ministers of State so it doesn’t apply to me,” he explained. 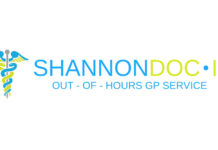