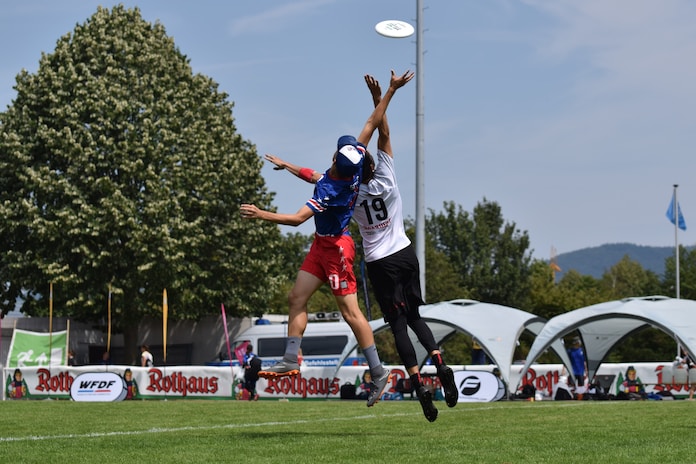 OVER 2,000 athletes and 113 teams from 30 nations will be attending the World Masters Ultimate Frisbee Championships this summer in Limerick.

The sport is surprisingly very popular around the world with 130 nations that play it. It originated in the US and there is professional and competitive leagues that are held there yearly. Because of this, the US will be seen as possible favorites in the tournament and will be the team to beat.

The event was originally intended to take place primarily in the University of Limerick and use its world class facilities to host the hundreds of matches, but with the massive turnout of thousands of athletes joining from different nations like the US, Canada, and Japan, other facilities like LIT are also being used for the championships.

With Limerick hosting the Frisbee Championships, organisers will be hoping that it will be good for the the city and county.

In a recent interview with The Limerick Post Show Liam Grant, who is the Tournament Director of the Frisbee Championships and a very passionate player and supporter of the sport, said ”I want to use all of Limerick and promote all of Limerick, what a great city it is, so its good that we’re going to be all over the city which is great.”

The sport is very inclusive and promotes mixed teams with women and men playing on the same field, with or against each other and Liam Grant believes this is one the main selling points of the sport.

On the Limerick Post Show Liam added; ”I think it’s a unique selling point of the sport as well and I’m part of the Board of the sport globally and its one thing we’re trying to push to get into the Olympics.

“We’re hoping for LA 2028 but that’s one of the things the International Commitee really like about the sport is that kind of mixed gender and that kind of equity on the pitch and it works well with the dynamics of the sport that the women are equally involved, its not like the men are dominating.”

The number of people participating and attending the Championships has been a surprise for the organisers because of Covid and also because of this being the first Frisbee Championship in four years that it has reached its max capacity for people to compete in the matches. However, the event is looking for volunteers to help out in any way they can.

Beginning on the 25th of June and concluding July the 2nd, the World Masters Ultimate Frisbee Championship is shaping up to be a massive event this summer and will help promote Limerick and show visitors from across the globe everything that it has to offer.