A TEACHER who raped and sexually abused his little brother when they were children at their family home in Limerick has been jailed for eight and a half years.

Graham Daly (37) was “a big brother who should have protected his younger brother”, Ms Justice Karen O’Connor said. Instead, Daly abused his brother Thomas over a four year period from when the boy was ten years old.

Following a trial in the Central Criminal Court last December, Graham Daly was found guilty of seven counts of raping and sexually abusing his brother between January 1998 and December 2002. Most of the abuse took place in the family home in Limerick, the trial heard.

Daly, with an address at Clonree, Newport, Co Tipperary, does not accept the verdict of the jury and continues to maintain his innocence. His younger brother waived his right to anonymity, allowing Daly to be named in the media.

Sentencing him earlier today, Ms Justice O’Connor noted that Daly denied the charges “vociferously” at all times and raised a number of motives as to why his brother would accuse him of sexual abuse.

Daly suggested his brother was “lying because he was jealous of his achievements” and that the younger man “wanted to destroy his older brother’s life” because Daly disclosed to his parents that his younger brother is gay, the court heard.

The men’s parents have sided with Daly against their younger son.

Ms Justice O’Connor paid tribute to Thomas Daly, who she said conducted himself in a dignified manner throughout the trial process. She noted the abuse has had a devastating impact on his life and on his family life.

Handing down an eight-and-a-half year sentence, she said that if Daly was an adult at the time of the offending, she would have imposed a longer sentence. However, she noted that she had to treat him as a juvenile because his abuse of his brother ended around the time he turned 18. She backdated the sentence to when he went into custody last month.

In a victim impact statement which he read out in court last week, Thomas Daly described how his parents initially supported him when he confided in his father about the abuse in 2015.

He had kept the abuse a secret for 18 years and it was “such a relief to share the burden”. His father accompanied him when he went to Gardaí early in 2016.

But it soon emerged that his parents were only prepared to support him if he kept the abuse “among ourselves”.

“Why should I stay silent?” he said. “I was happy for everyone to know.”

But this proved “detrimental” to his family life.

“My parents blamed me, took the side of my brother and I was forced out of the family home.”

Mr Daly said he used to have sympathy for his parents, but not anymore.

“I was telling the truth and I have proved it,” he said. “It’s easier for them to believe that I’m a liar than believe their oldest son is a paedophile rapist.”

He paid tribute to his partner, who he met a year after he disclosed the abuse, and who he said has supported him throughout the entire process. He said he has constant nightmares and has struggled with depression, insomnia, PTSD and suicidal thoughts.

“There’s no happy ending for me,” he said, adding no matter what sentence his brother receives, it will change nothing for him.

The parents were in court for the sentence hearing and the sentence being handed down. They sat apart from their younger son and held hands in court.

The court heard that the case was listed for trial five or six times before it was eventually heard at Croke Park late last year.

The abuse ended when Graham Daly left home. He holds a degree and a masters and has had a successful career in teaching, the court heard. He has no previous convictions.

Mr McGrath told the court that Daly should be treated as a juvenile as the offending occurred up until the time he turned 18.

Colman Cody SC, defending, said his client was “adamant” he was innocent and does not accept the verdict.

He said he has a history of mental health issues and was diagnosed with emotionally unstable personality disorder and would find prison “particularly difficult”. He said that while there has been “stress, trauma and division” in the family, he said they are also close-knit and supportive. 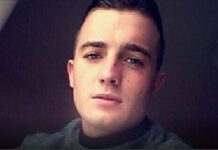 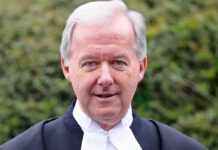