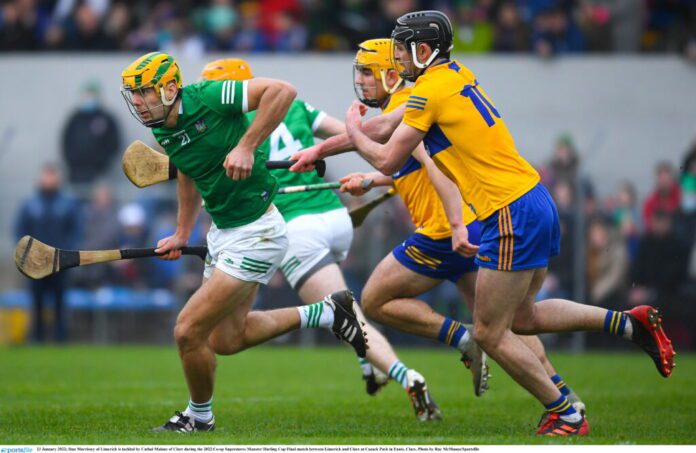 LIMERICK prevailed after their impressive performance against Clare in the Munster Senior Hurling Cup Final.

Limerick laid down a marker during Sunday’s performance in the Munster Senior Hurling Cup Final against Clare, beating the hosts in every department for a 0-27 to 0-18 win.

And the absence of thirteen of the side that featured in last year’s final, Limerick haven’t skipped a beat and look better than ever.

Richie English was man of the match from corner back while the likes of Colin Coughlan and David Reidy continued to showcase why they are worthy of a championship start should Kiely see fit.

Limerick did fail to find the net but after hitting 0-17 in the opening half, the job was almost done at the interval.

Watch the highlights of the Munster Hurling Cup final win below.

Limerick will now have a week break before they travel to Wexford to take on the Leinster side in the first round of the national hurling league.