WITH the election for a Directly Elected Mayor due to be held later this year, it is important that the people of Limerick give their views on the role in advance.

That’s the view of Social Democrats Councillor Elisa O’Donovan who said that the party’s Limerick branch is conducting a survey to gauge public opinion about the extent of the powers that should be invested in the new role.

“The people of Limerick voted in favour of a Directly Elected Mayor nearly three years ago, but there has been almost no focus on the role since. While this may be understandable, given the pandemic, the position is going to come into sharp focus later this year when an election to fill the position is held,” Cllr O’Donovan explained.

“The way our local government works is about to be totally transformed and, in advance of that, it is important to get the views of the people of Limerick. We want to know whether people believe this role should be ceremonial or have real power. We would also like to know the issues and policy areas that people want the new Mayor to prioritise.

“I would encourage people to complete this survey and have their say on what they would like to see from their new Mayor.

Social Democrats Housing Spokesperson Cian O’Callaghan said the election of a Directly Elected Mayor could be a real positive for the city and county.

“The powers and functions of the directly elected Mayor should be in line with successful models in other countries. These include issues like transport, planning, health, climate adaptation and mitigation measures, and the oversight of housing and regeneration strategies.” 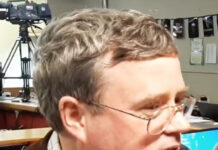 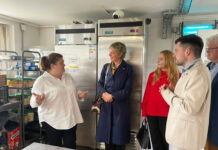 Minister gets on his bike to discuss Limerick transport 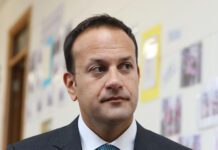 Bureaucrats must not torpedo powers of Limerick elected mayor