Home Rugby Munster AIL Round Up | Garryowen get back to winning ways with win... 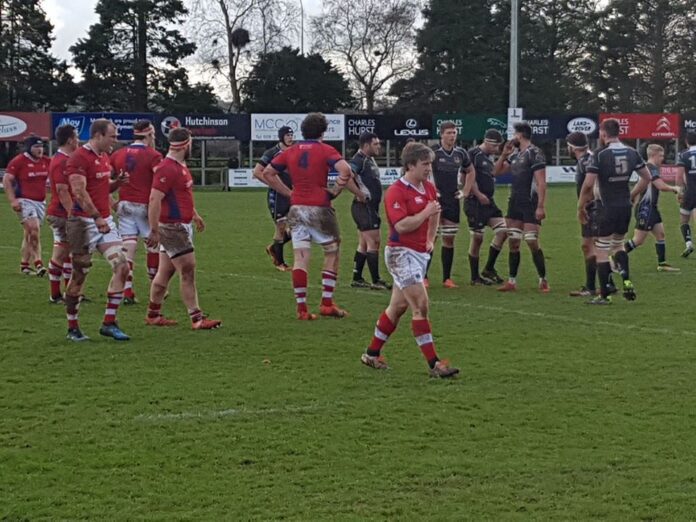 CATCH up on all this weekends All Ireland League action.

Division 1A: Garryowen got back to winning ways after a recent poor run defeating local rivals Young Munster 31-24 at Dooradoyle in Division 1A. The visitors led 13-10 at the interval with a try from Dan Walsh and a conversion and two penalties from Evan Cusack.

The home side took control after the break with Colm Quilligan scoring two tries and Neil Cronin and Bryan Fitzgerald getting one each. Tony Butler converted all four tries and added one penalty. Walsh scored a second try for Young Munster and Cusack added two penalties.

Cork Constitution kept their hopes of a top four finish alive with a 24-7 home win over UCC. Sean French, Max Abbot and David Hyland scored tries for the Temple Hill side and skipper Aidan Moynihan converted all three and also added a penalty. Jack Kelleher replied with a try for the students and Cian Whooley converted.

1B: Shannon moved into the play off places with a hard earned 42-14 home win over Malone. In an evenly contested opening half, tries from Killian Dineen. Lee Nicholas and Kieran Ryan all converted by Jake Flannery had Shannon 21-17 ahead at the interval. Further tries by Nicholas, Alan Flannery and Declan Moore made sure of victory for Shannon and Jake Flannery converted all three.

A poor first half was Highfield’s undoing in Armagh as they lost to City of Armagh 27-21. The home side were 21-0 ahead at the interval but two penalty tries and a try by Mark Dorgan converted by James Taylor was not enough to salvage the game for the Cork side.

2A: Old Crescent were pushed all the way by bottom side Nenagh Ormond to emerge winners 21-20 at Takumi Park. A Val McDermot try converted by Ronan McKenna had the Limerick side 7-6 ahead at half time. Fionn McGibney replied with two penalties for the visitors.

Ronan Reynolds extended Crescent’s lead with a try and McKenna converted but a try by Peter Coman converted by McGibney kept Nenagh in the game. Dan Hurley scored a third try for Crescent and McKenna added the extras but Nenagh responded with a converted try but it was not enough to take the spoils.

UL Bohemians suffered a heavy defeat losing 42-7 away to Ballymena.

Cashel kept their top four aspirations in tact with a 36-24 win over Dolphin at Musgrave Park. Trailing 31-3 with twelve minutes remaining Dolphin nearly snatched the game away from the Tipperary side with tries from Daryl Foley, Murray Linn and Dave Jennings.

Foley converted two of the tries as well as a penalty in the opening half and Cameron O’Shaughnessy also kicked a conversion, but a late try from Cian Mullane ensured victory for Cashel. Alan McMahon (2), Aidan Butler, Ciaran Ryan and Brendan Ryan  were Cashel’s other try scorers. Mullane kicked three conversions.

Midleton’s hopes of a top four finish are almost over, after they lost at home to Omagh Academicals 21-14. Alex O’Brien scored a try for Midleton and Stuart Lee converted and added three penalties.

Clonmel still searching for their first win of the campaign lost 15-6 at home to Tullamore, with Darren Cass kicking two penalties for the home side.

Costly errors proved crucial to Sunday’s Well who lost 24-10 away to Bangor and remain bottom of the table. Fabien Loughrey scored a try for the ‘Well and Eoin Geary converted and also added a penalty.

St. Mary’s kept their hopes alive of a top two finish in Section C of the Munster Junior League after a hard earned 20-17 win over Charleville at Grove Island. Keith McManus and Shane Ryan scored tries for the Saints and Paul Loughran kicked two conversions and two penalties. Mattie O’Neill replied with a try for Charleville and Jessie Smith landed 4 penalties.

In the only other league game played Killorglin recorded their first league win of the season with a bonus point 24-14 away win over Scariff. The home side took the lead with a try from Jack Devanny and converted by Jason Monaghan. Killorglin hit back with tries from Kevin O’Sullivan and Jamie O’Leary to lead 10-7 at half time. Two tries from Seamus Doyle both converted by Luke O’Shea  ensured the victory for the Kerry side. Scariff were awarded a penalty try late in the game.

In the Women’s Top Four, UL Bohemians defeated Old Belvedere 41-7 at the UL Arena to get their campaign up and running after last week’s defeat by Railway Union. Chloe Pearse and Enya Breen each scored two tries and the other try scorers were Nicole Cronin, Sarah Quin and Clodagh O’Halloran. Cronin kicked three conversions.

Ballincollig made it two wins from two in the Conference after they defeated Wicklow 17-14 at Ashtown Lane. Clare Coombes and Sarah O’Donovan scored tries for Ballincollig and Denise Redmond converted both and also added a penalty.

The post AIL Round Up | Garryowen get back to winning ways with win over Young Munster appeared first on Sporting Limerick.