TRANSPORT Minister Eamon Ryan has warned that if Limerick fails to seize the opportunity to integrate development and public transport, Government funding could be redirected to Galway.

Speaking yesterday during a discussion on transport infrastructure, Minister Ryan told the Oireachtas committee on transport that there was “an urgent need” to have regional cities and towns adopt sustainable transport and development plans.

He said there was much potential for public transport in Limerick, but he was opposed to the proposed Northern Distributor Road, which would promote private car use and generate additional carbon emissions. He said that it would also run counter to the aims of the National Investment Framework for Transport in Ireland (Nifti).

This was challenged by Clare Fine Gael TD Joe Carey, who said the Northern distributor road linking Coonagh to Castletroy was necessary in addition to public transport.

Minister Ryan told the committee that Limerick could develop and preserve its historic core if more railway lines and stations were built and if bus services improved under BusConnects.

If the city did not seize the opportunity to integrate development and public transport, he said that Government funding could be directed elsewhere, perhaps to Galway.

The Minister clashed with Limerick Fine Gael TD and committee chairman Kieran O’Donnell, a longtime advocate of the M20 Limerick to Cork motorway, who defended the county’s green agenda.

Mr Ryan said his preference for bypassing major towns was well-known and that there could be some safety work done on the existing road, but “I don’t think it has to be a motorway”.

He said that meeting targets for electric vehicle use and delivering on public transport plans would not on their own “deliver the level of emissions reduction that we need to achieve.

The Minister said people were right to be angry that plans which would allow for a switch from car use to improved public transport and better options for active travel such as walking and cycling were taking so long.

The National Investment Framework for Transport in Ireland was designed to support population targets in towns and cities by providing sustainable public transport. However, balanced regional development was not happening and many people still faced long commutes to jobs in major cities largely in private cars. 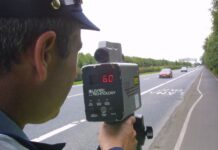