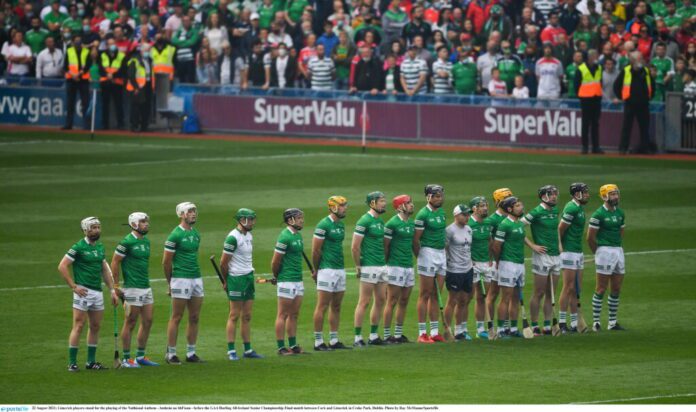 THE draws for the Munster minor and U20 competitions were made last night.

Limerick now know their opponents for the Munster Minor and U20 Football and Hurling championships after the draws were made last night.

Diarmuid Mullins and his side will face off against both Clare and Cork as they were drawn in group one of the U20 Hurling Championship. They meet Clare in Limerick on April 6 at home before travelling to Cork to face the Rebels in a repeat of last year’s final on April 20.

The top two teams advance to the final with first facing second and vice versa. Those semi-finals are scheduled for April 27 with the table topper in each group having home advantage.

The final is to be played a week later.

Seamus O’Donnell’s U20 Footballers will have Waterford for company when they meet in the championship quarter-final. Limerick are away to the Deise for the April 11 clash.

Cork await the winners in the Munster semi-final a week later. The victors in the quarter-final will have home advantage in the last four.

The final is to be layed on

The Limerick minor hurlers are drawn in group two of the Munster championship. They have a bye in the opening week before successive ties against Cork and Kerry. Limerick travel to the Rebels in their opener before hosting the Kingdom the following week on April 19.

Every team is guaranteed a knockout berth as the top team advances directly to the semi-finals. Second in group one plays third in group two and vice versa in the quarter-finals. Those ties are to be played on April 26 with the semi-finals on May 3. The final is down for decision on May 10.

Limerick are paired with Tipperary, Clare and Waterford in phase one of the Munster minor football championship.

Each side plays each other with the top two teams meeting in the Phase One final. The winner of that advances to the Munster semi-final where they will have home advantage against the loser of Kerry and Cork on May 19.

The final will be played on June 2.

Limerick open their campaign away to Tipp before hosting Clare the following week on April 21. They round out the group stage of Phase One away to Waterford.

The post Limerick learn opponents for 2022 Munster Minor and U20 Championships appeared first on Sporting Limerick.