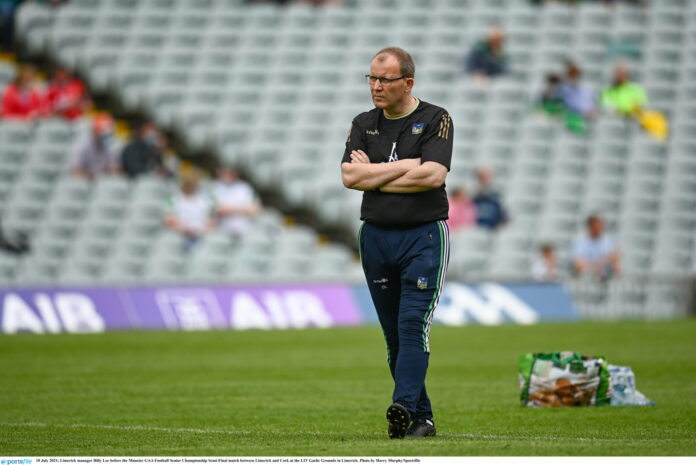 Limerick kicked off their League campaign at the weekend with a hard fought win over Longford in the TUS Gaelic Grounds.

Billy Lee has confirmed a Limerick Senior Football panel of 33-players for this year’s League and Championship campaign.

The panel was confirmed ahead of the League clash with Longford as Limerick ran out 4-9 to 1-11 winners in the TUS Gaelic Grounds.

There are three new faces into the team, Barry Coleman (Rathkeale), Liam Kennedy (St Kierans) and Darragh Ranahan (Ballysteen). All three featured in the McGrath Cup while Kennedy was an unused substitute on Saturday evening.

Lee will be without the services of eight players from last year’s team. Tommie Childs, Danny Neville and Brian Fanning have all departed the set up for varying reasons after starting Limerick’s Munster semi-final with Cork last June.

Also not a part of the set up for 2022 are Dave Connolly, Seamus O’Carroll, Ger Stack, Cormac Roche and Padraig Scanlon.

Up next for Limerick is Antrim this Saturday in Corrigan Park.