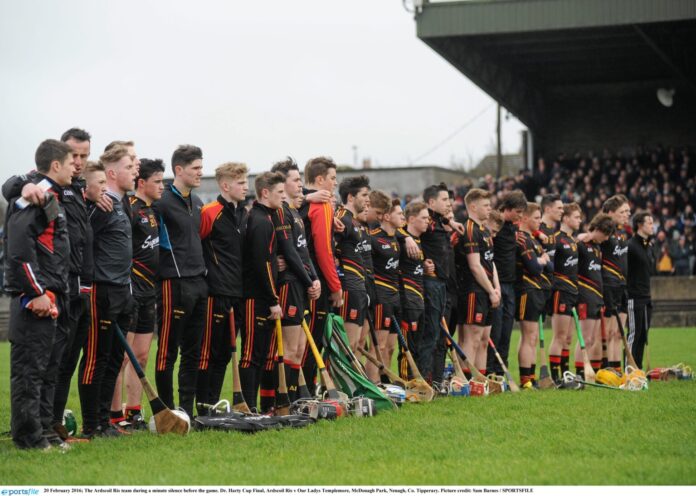 Tulla managed to bring their cup dream to life as the east-Clare side defeated Ardcoil Rís to win their first ever Harty Cup title on Saturday.

Tulla lifted the cup after beating the Limerick side, and heavy favourites by 0-17 to 0-14 in the TUS Gaelic Grounds.

The crucial scores came from Tulla’s Seanie Withycombe as he calmly slotted over a number of frees throughout, including a couple down the stretch to push the game out of Ardscoil’s clutches.

Ardscoil did mount a fightback led by Niall O’Farrrell who had recorded seven points in game but it wasn’t to be as the Clare side were able to hold on.

After a blistering start to the semi-final, Ardscoil Rís were well contained in the first half of the decider as they couldn’t capitalise on the wind at their backs.

Tulla hurled smartly and trailed by just a pint at the interval, despite the sizeable conditions against them.

Ardscoil started the second with the first score of the game but by the time they troubled the scoreboard again Tulla had moved four clear.

The Limerick school did get within a point of their opponents but couldn’t draw level as Tulla held off the challenge to secure the famous win.