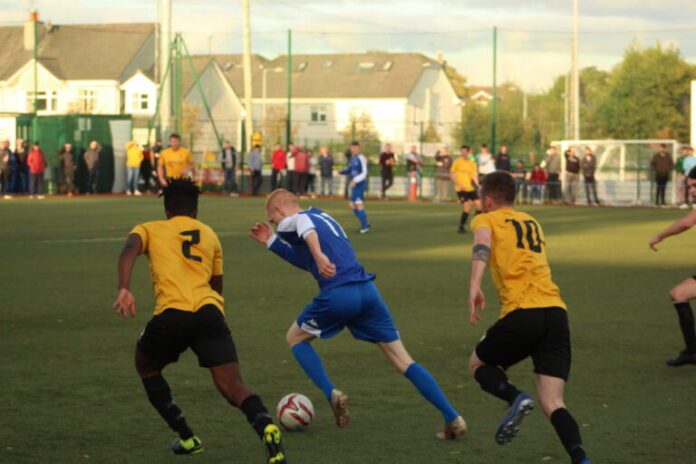 THERE is a huge weekend ahead for the top five clubs in the Limerick District League as the Tuohy Cup semi-final and three FAI Junior Cup ties take place.

There also a host of games taking place in the Lawson Cup as the busy stage of the junior football season truly begins.

Tonight, Aisling Annacotty and Ballynanty Rovers lock horns for the first of two battles in four days as they meet in the Tuohy Cup semi-final at Jackman Park (7pm). The duo will also face off in the Lawson Cup on Sunday morning at Limerick Institute of Technology.

The first meeting between these sides was a cracker which ended in a 3-2 win for Annacotty earlier in the season in the league.

There has been a massive change at Annacotty in the past two weeks with manager Shane O’Hanlon departing very suddenly. Although there has been a managerial change, there is also plenty of continuity with the news that O’Hanlon’s assistant and Annacotty clubman John Lysaght is taking interim charge until the end of the season.

With a cohort of very experienced players in his squad, Lysaght will be hoping that the season doesn’t derail, and the next four days will be vital on that front.

Ballynanty will be full of confidence coming into the game following a huge 0-1 victory over Pike Rovers in Crosagalla last weekend. Adrian Power’s first half goal gave Dave Dunphy’s side the win and in doing so, Balla’ became the first team to inflict defeat on Pike all season. Dunphy has built his squad around a strong defence and this has paid dividends in the past few weeks.

In the FAI Junior Cup, there are three Limerick sides in action over the weekend. Regional United have the toughest assignment on paper as they travel to Galway to face Athenry on Saturday afternoon (2pm).

Athenry were beaten by eventual winners Fairview Rangers in the semi-final in 2020 and are currently flying in the Galway Junior Premier Division, winning 9 games from 10 and sitting in second place.

They have only lost on one occasion and conceded just ten goals, boasting the meanest defence in the league. Regional will certainly be up against it and have lost a huge amount of talent from their squad in recent weeks with Ed McCarthy and Evan O’Connor joining Galway and Jack Arra joining Regional.

Holders Fairview Rangers entertain Clonmel Town at the Fairgreen on Saturday evening (6pm). It will be a stern test for Jason Purcell’s side with Clonmel currently challenging his former club St. Michaels for the Tipperary Premier Division crown.

Five points separate the clubs with Clonmel having a game in hand. Clonmel are led by former Peake Villa player Barry Ryan and will be under no illusions visiting the renowned Limerick venue.

With Ross Mann departing for Australia, the burden of goal scoring will fall to young duo AJ Moloney and Eoin Duff for the remainder of the season. However, Conor Coughlan and Shane Duggan have both managed to add several goals this season which could be vital this weekend.

Pike Rovers travel to Kildare on Sunday afternoon as they take on Athy Town (2pm). The Hoops will be looking to eradicate last weekend’s performance from their memories and will be heavy favourites in this encounter. The club last reached the final in 2018 with a large cohort of that squad still available to manager Robbie Williams.

There are also four other games taking place in the Lawson Cup which can be seen below thanks to Pat Sheehan and the official league website: